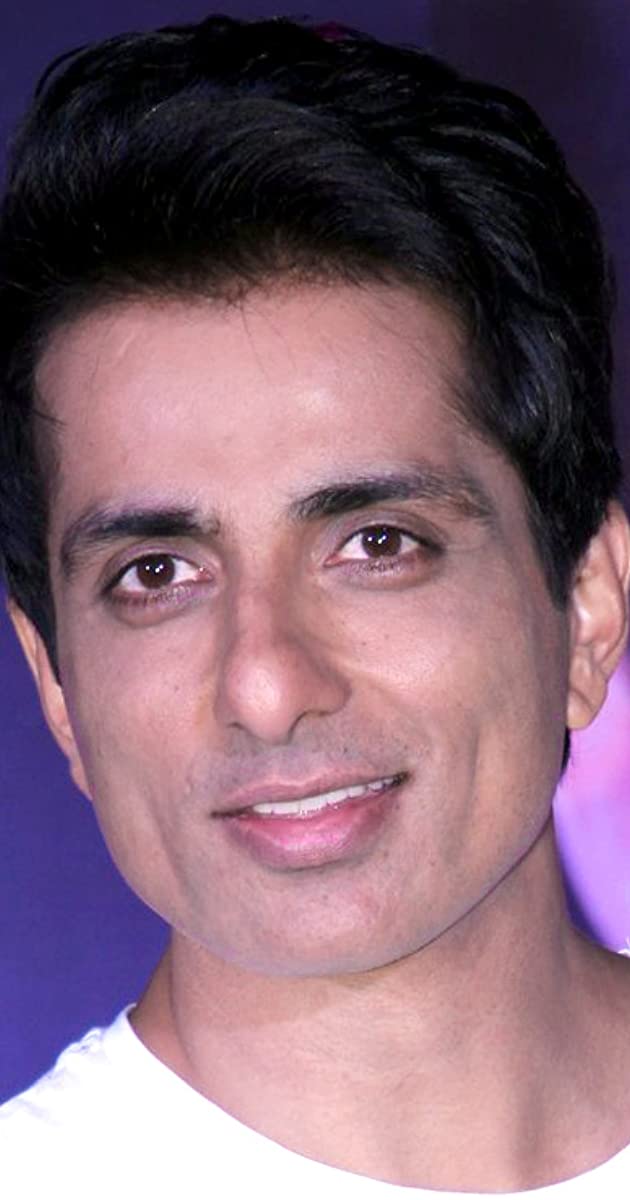 Sonu Sood is an Indian actor, model, and producer who has predominantly worked in Hindi, Punjabi, Tamil, Telugu, and Kannada films. The actor is also known for his humanitarian work. He did his schooling at Moga’s Sacred Heart School. 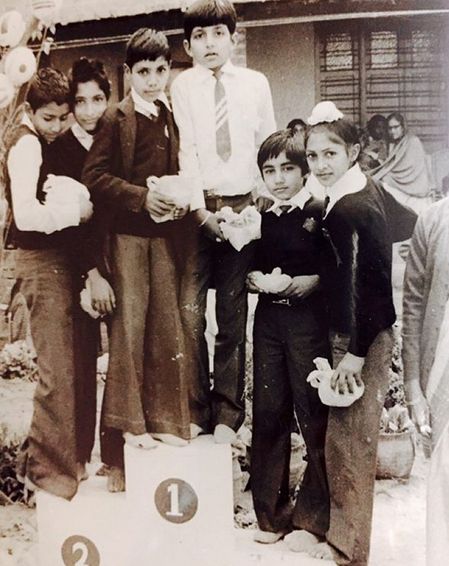 Sonu Sood in his school days

After completing his tenth standard, Sonu briefly worked at his father’s showroom in Moga, where he learnt to identify different fabrics and also learned how to sell them. Thereafter, he went to Nagpur and got himself enrolled in the Yeshwantrao Chavan College of Engineering to pursue Electronic Engineering. Sood was good at academics in his school and college days. While he was in the second year of his college, his friends encouraged him to pursue modelling and acting. 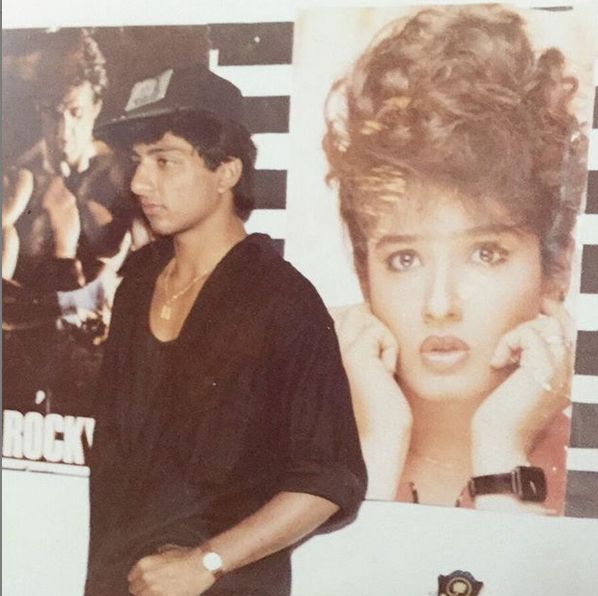 An old picture of Sonu Sood

After completing his graduation, Sood went to Mumbai and started taking modelling assignments. 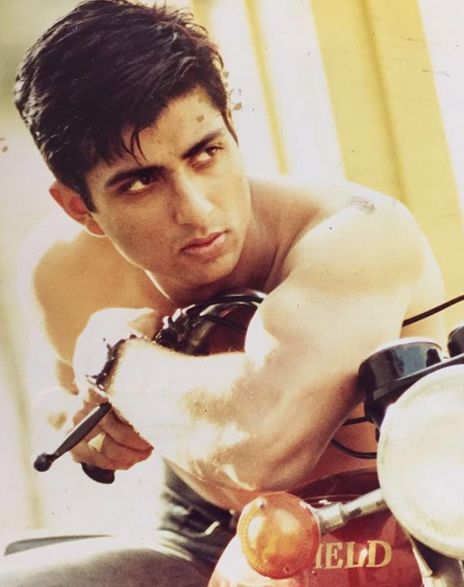 Sonu Sood in his modelling days

During his initial years in Mumbai, Sood did a job in a private firm in South Mumbai to support his day-to-day expenses. Before becoming an actor, he also contested in the Grasim Mr. India contest and reached the top 5. 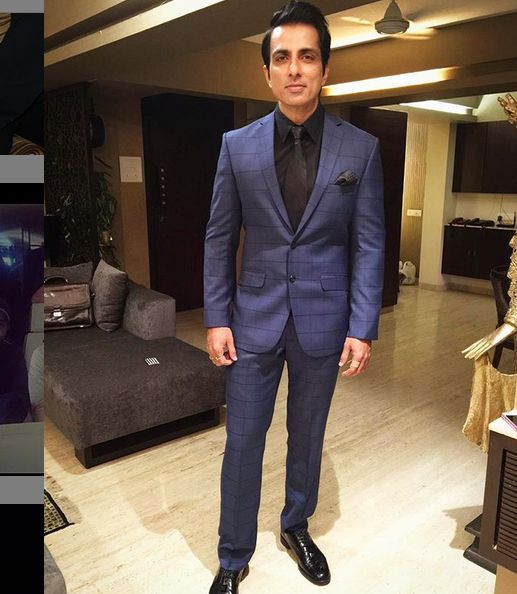 His father, Shakti Sagar Sood was an entrepreneur. His mother, Saroj Sood was a teacher. He has an elder sister, Monika Sood (Scientist), and a younger sister, Malvika Sachar. 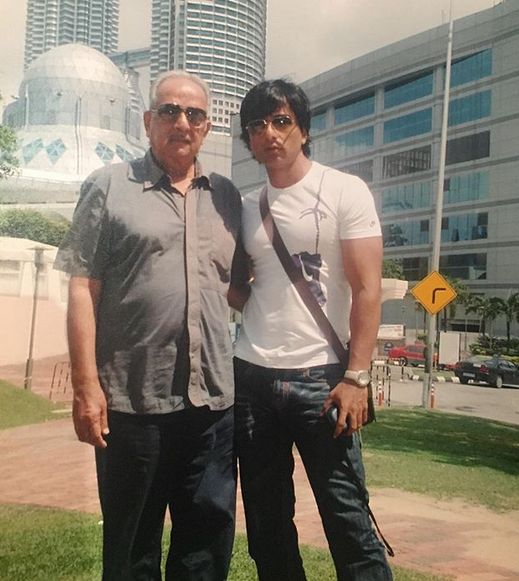 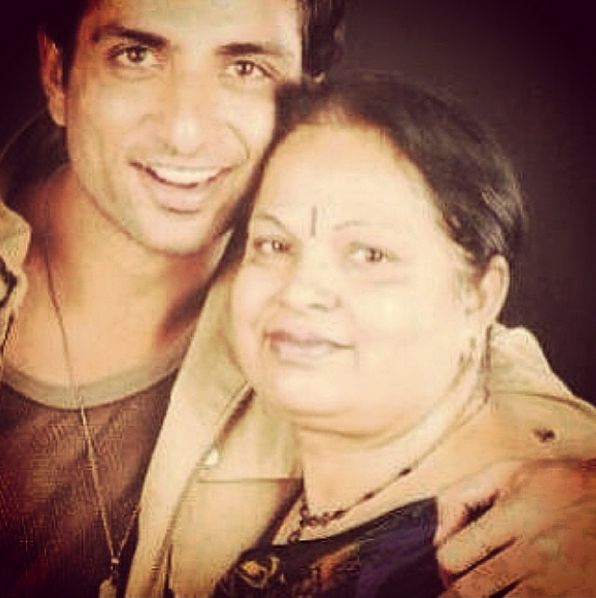 Sonu Sood with his mother 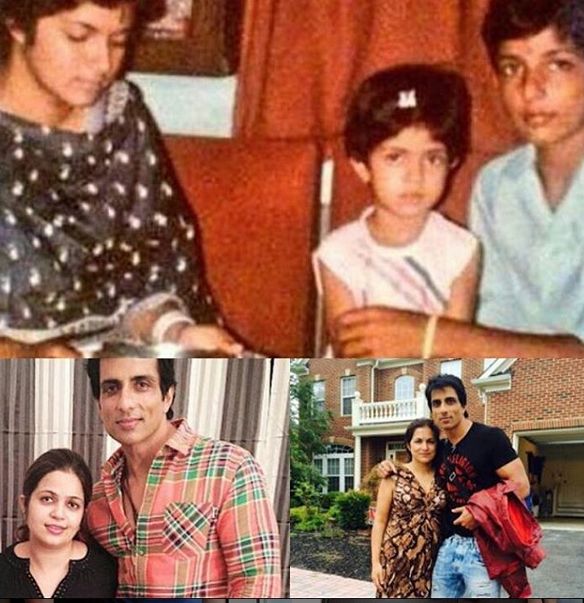 Sonu Sood with his sisters

On 10 January 2022, his younger sister, Malvika Sachar, came into active politics after she joined the Indian National Congress in the presence of Punjab Chief Minister Charanjit Singh Channi and Navjot Singh Sidhu. 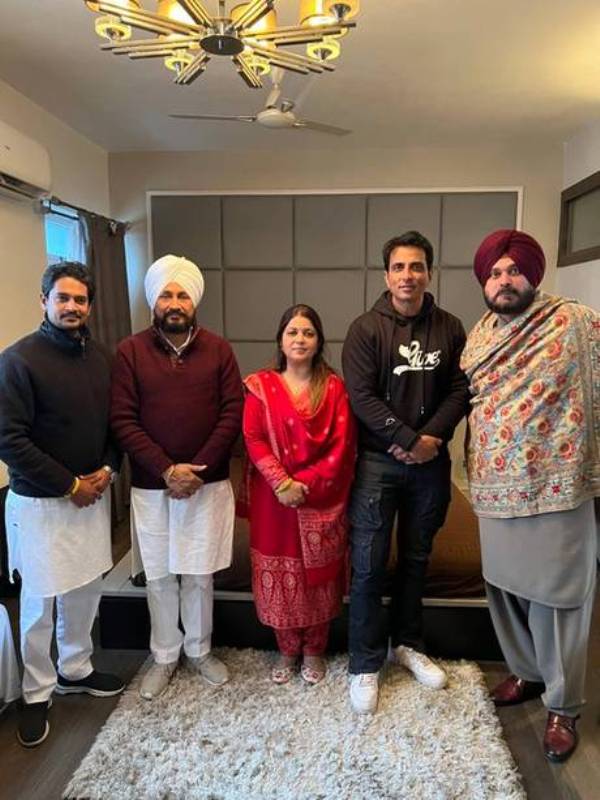 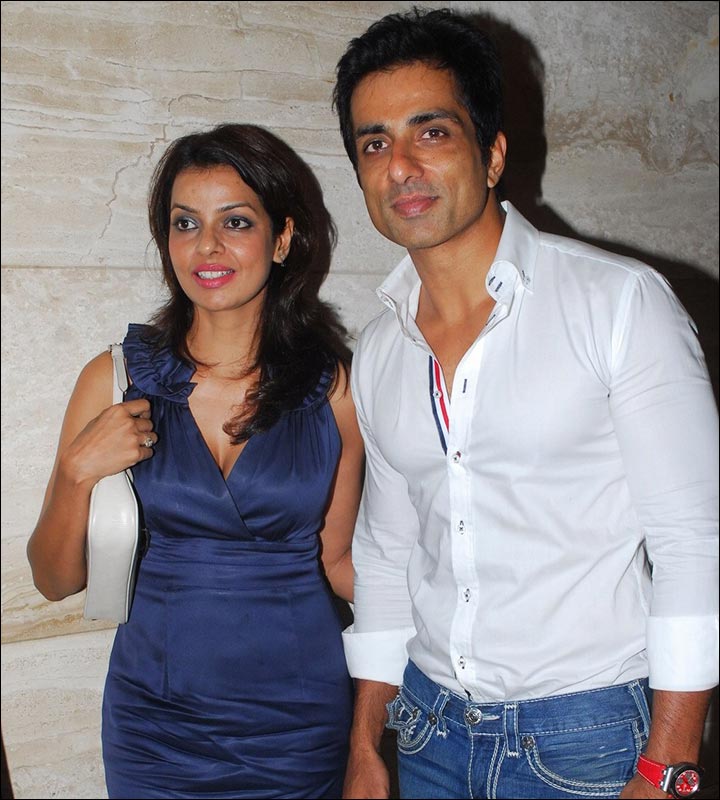 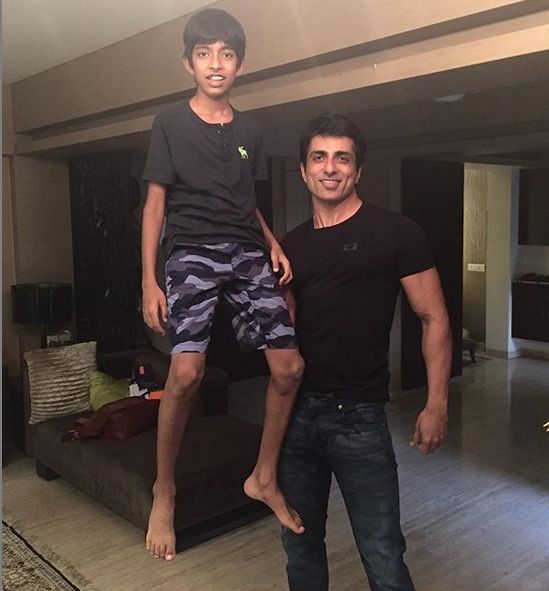 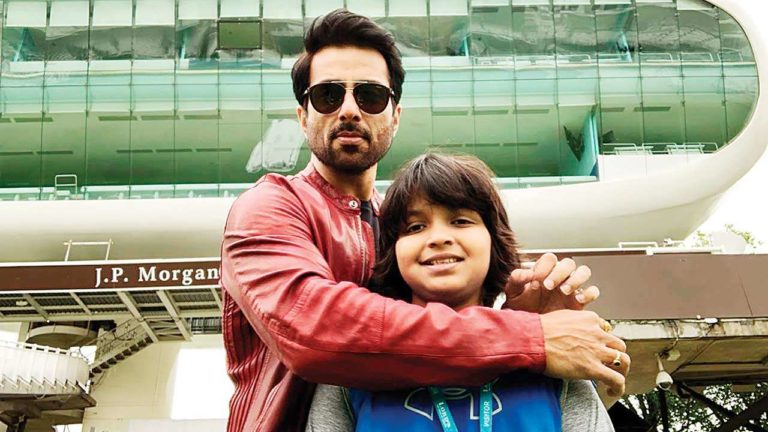 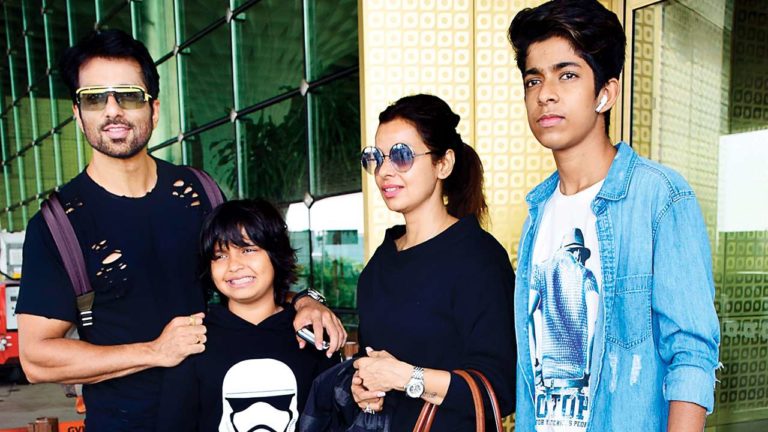 Sonu Sood with his family

In 2005, he starred in the Telugu film, “Super” and gained huge popularity. Subsequently, he appeared in many Telugu films, like “Athadu,” “Ashok,” “Arundhati,” “Ek Niranjan,” and “Shakti.” 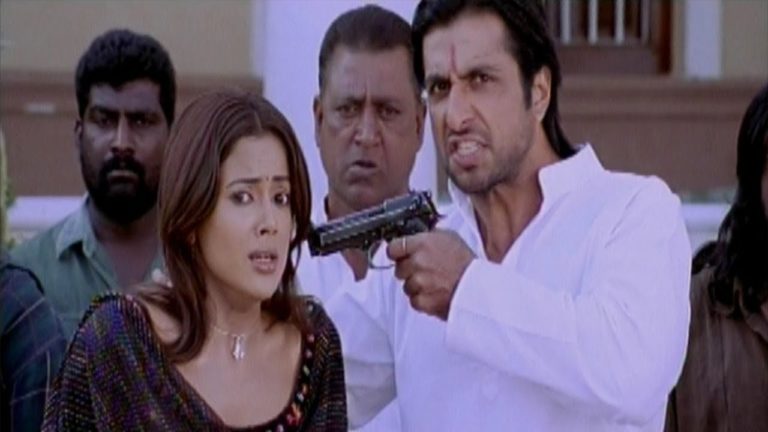 Some of his popular Bollywood films include “Aashiq Banaya Aapne,” “Dabangg,” “Happy New Year,” “Gabbar Is Back,” and “Simmba.” 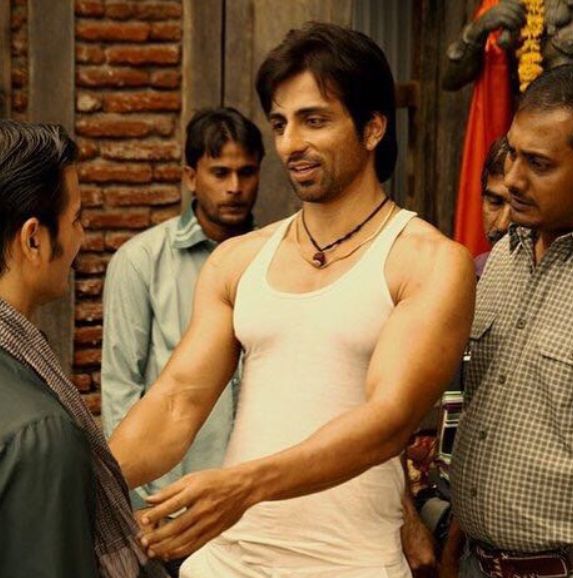 Sood made his English film debut in 2017 with the film, “Rockin’ Meera.” He has also featured in the Chinese film, “Xuanzang.” In 2013, a fraud case was filed against Sonu Sood by the film producer Sheetal Talwar for renting out a property to him on the Yari Road by saying that the land was free from any legal dispute when it was not. [2]News 18

Stepping out of Manikarnika

Sonu again made headlines when he stepped out of the film “Manikarnika: The Queen Of Jhansi.” Kangana Ranaut alleged that Sood had backed out from the movie as he was not ready to shoot under a female director. However, Sonu cleared that the issue was not the gender of the director but competence. He released an official statement, saying,

Kangana is a dear friend and she will always remain one but this constant playing the woman card, the victim card and making this entire issue about male chauvinism is ridiculous. The gender of the director is not the issue. Competence is. Let’s not confuse the two. I’ve worked with Farah Khan who’s a competent woman director and Farah and I had a great professional equation and we are still best of friends. That’s all I would like to say.” [3]Times of India

Converting a Residential Building into a Hotel

In January 2021, a complaint was filed by BMC (Mumbai’s civic body) against the actor for converting a six-story building into a hotel in Juhu, Mumbai. Reportedly, Sonu Sood used this building for quarantine facilities for medical professionals during the initial days of the coronavirus lockdown in the country. [4]NDTV

On 16 September 2021, the Income Tax Department raided multiple premises related to the actor including Mumbai, Nagpur, and Jaipur. According to officials, a real estate deal and some other financial transactions related to the actor were under the scanner of the Department. [5]The Hindu A few days later, the actor was accused of evading Rs. 20 crore by the Central Board of Taxes. According to the Income Tax Department, which raided Sood and a Lucknow-based infrastructure group, the actor routed his “unaccounted income in the form of bogus unsecured loans from many bogus entities.” It was also found that he violated the Foreign Contribution Regulation Act (FCRA) while raising donations from abroad. The tax officials quoted that the charity foundation of the actor, which was founded in July 2020, raised Rs. 18.94 crore in donations from April 2021 till September 2021; however, only Rs. 1.7 crore was spent on relief work. [6]The Indian Express On 20 September 2021, Sonu Sood released a statement on social media that read –

You don’t always have to tell your side of the story, time will. I have pledged myself to the service of the people of India with all my strength and heart. Every rupee in my foundation is awaiting its turn to save a precious life and reach the needy. In addition on many occasions, I have encouraged brands to donate my endorsement fees for humanitarian causes too, which keeps us going. I have been busy attending to a few guests, hence was unable to be at your service for the past few days. Here I am back again, in all humility, at your humble service for life. My journey continues.”

Sonu Sood owns a Porsche and an Audi Q7. 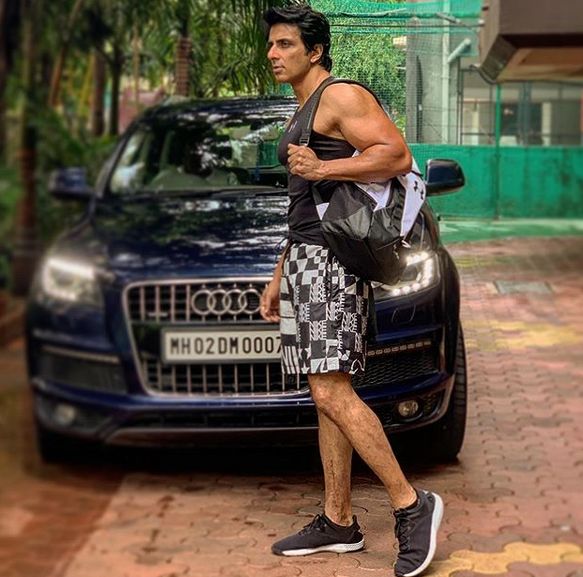 Sonu Sood with his car 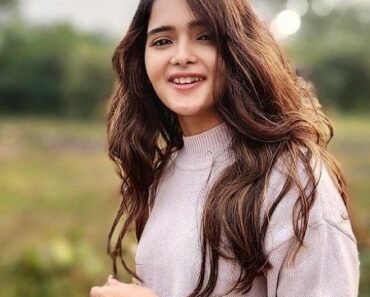 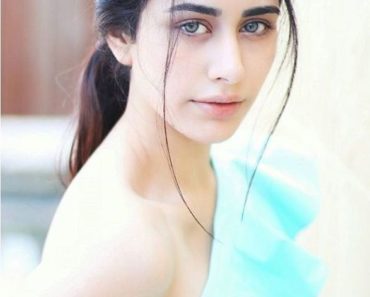 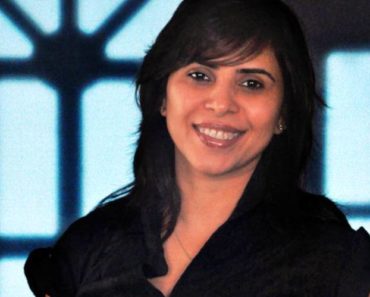 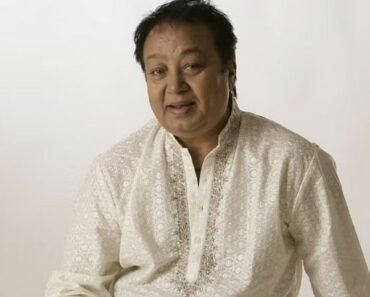 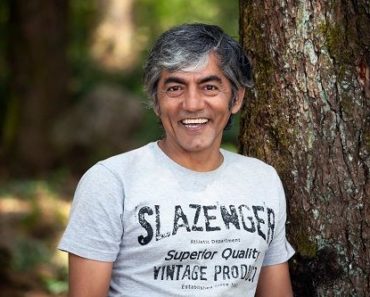 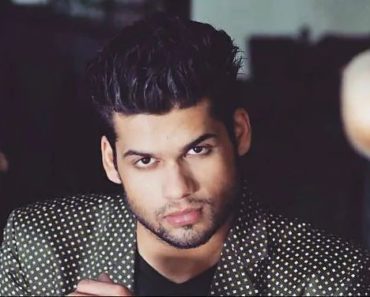 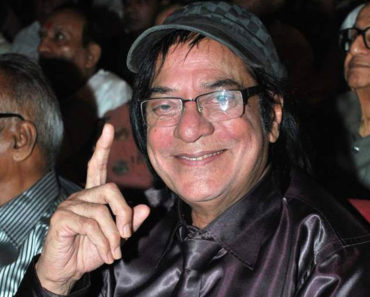 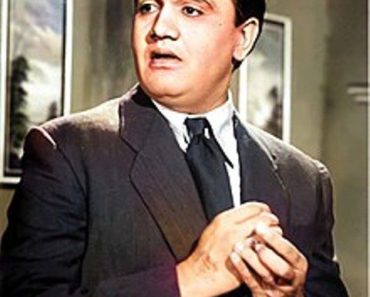 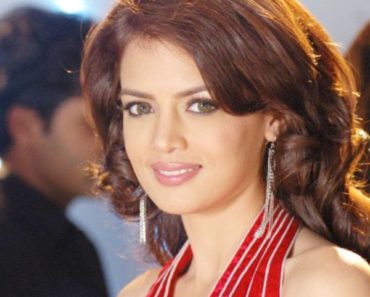 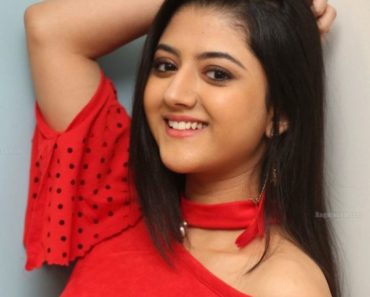