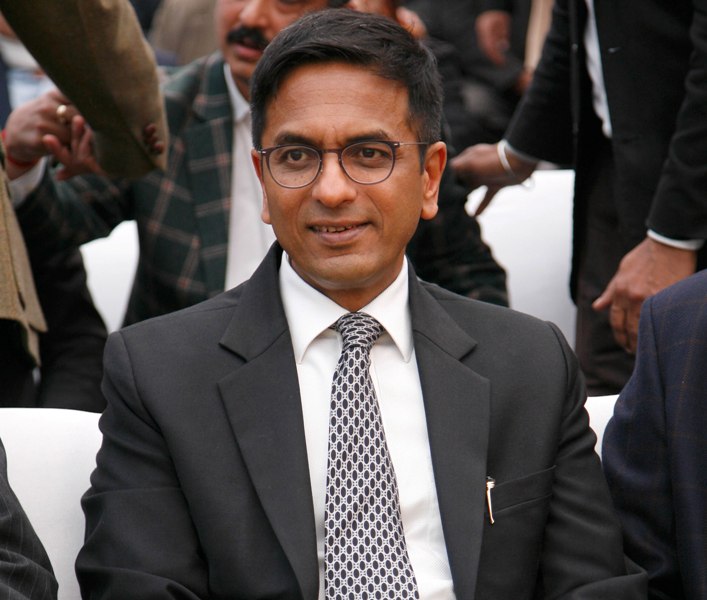 Dhananjaya Yeshwant Chandrachud [1]Live Law was born on Wednesday, 11 November 1959 (age 63 years; as of 2022) in Bombay, Bombay State, India (now Mumbai, Maharashtra, India). His zodiac sign is Scorpio. He did his schooling at Cathedral and John Connon School, Mumbai, and St. Columba’s School, Delhi. He pursued a BA (Hons.) in Economics from St Stephen’s College, New Delhi; he graduated from there in 1979. In 1982, he completed his Bachelor of Laws degree from the Faculty of Law at the University of Delhi. He obtained a Master of Laws degree in 1983 and a Doctorate in Juridical Sciences (SJD) in 1986 from Harvard Law School, USA. He studied at Harvard on the prestigious Inlaks Scholarship and was awarded the Joseph H Beale prize. His PhD doctoral thesis was on Affirmative Action. [2]NALSA He has received 3 honorary degrees. 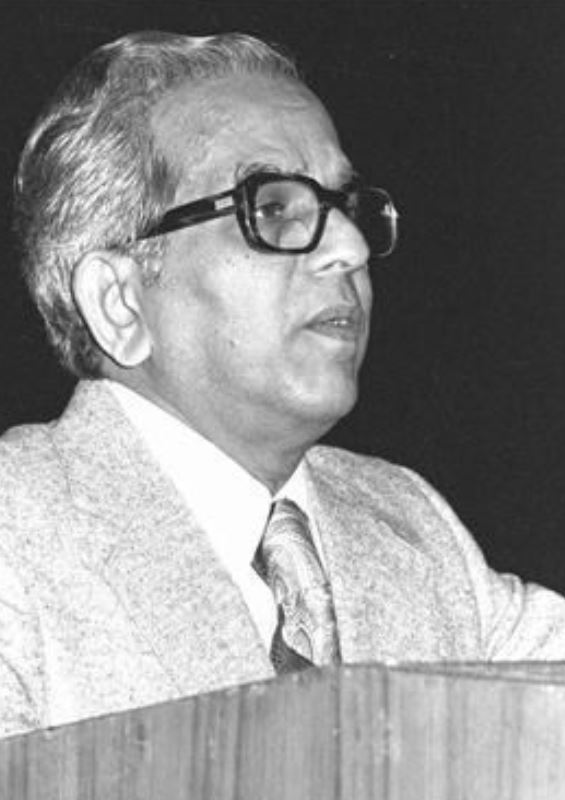 He is married to Kalpana Das. Together, they have two children, Chintan Chandrachud and Abhinav Chandrachud, both advocates. 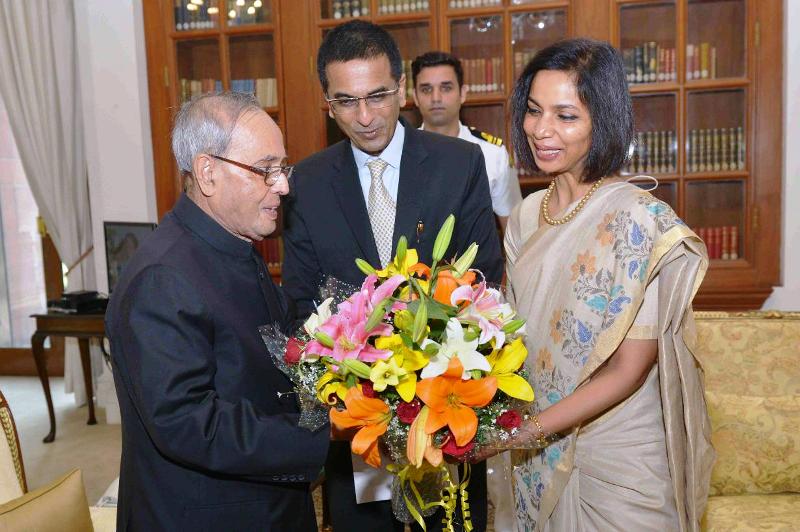 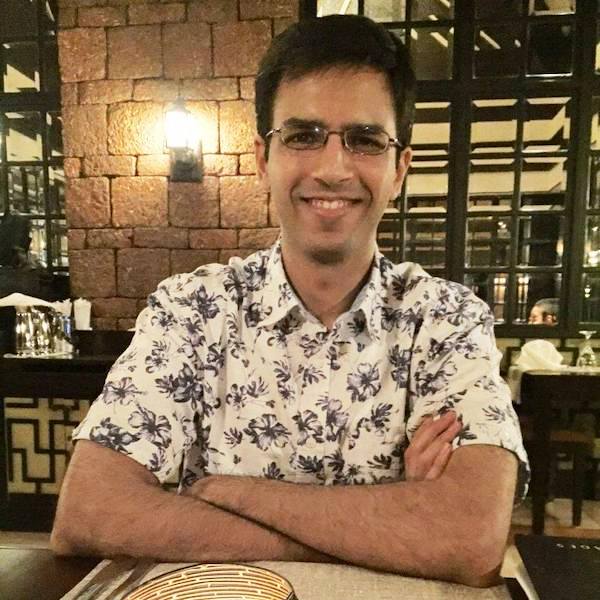 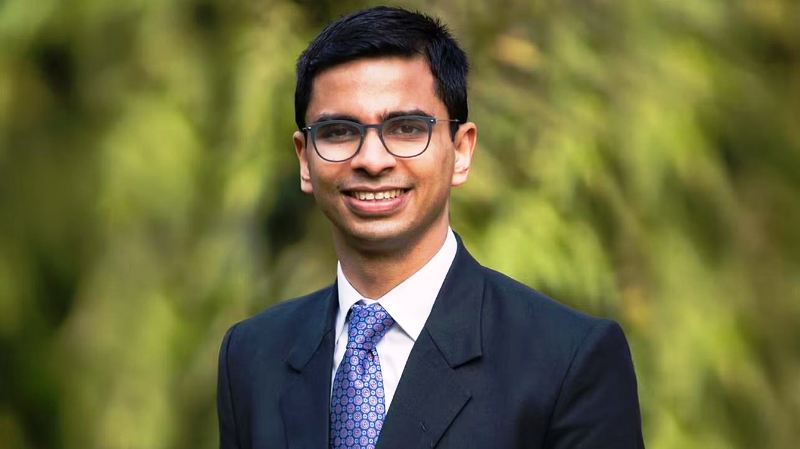 He has two foster daughters; both are differently-abled.

He belongs to the Deshastha Rigvedi Brahmin family. [3]Law Insider

Following his LLB in 1982, he served as a junior prosecutor assisting various lawyers and judges, including drafting some briefs for advocate Fali Sam Nariman. In the US, Chandrachud worked at the law firm Sullivan and Cromwell LLP after graduating from Harvard. Upon returning to India, he practised law at the Supreme Court of India and the Bombay High Court. He specialised in Company, Constitutional, Administrative, Environmental, and Election law. He was designated as a Senior Advocate by the Bombay High Court in June 1998. As a senior advocate, he appeared in several important cases involving Public Interest Litigation, the Rights of Bonded Women Workers, the Rights of HIV-positive workers in the workplace etc. He was appointed by Supreme Court to submit a report on the state of Bombay Benches. He also appeared on behalf of several public bodies including the Reserve Bank of India, Port Trusts, Municipal Corporations, and Universities.

From 1998 to 2000, he served as the Additional Solicitor General, till his appointment as a judge.

Judge of the Bombay High Court

On 29 March 2000, he was elevated to Judge of the Bombay High Court; he served in this capacity for 13 years.

Judge of the Supreme Court of India

In the Justice K. S. Puttaswamy (Retd.) & Anr. vs Union Of India & Ors. (2017) case, a nine-judge bench, including Justice DY Chandrachud, unanimously affirmed that the right to privacy is a constitutionally guaranteed right. The judgment authored by him came down heavily on Justice Singhvi’s judgment in Suresh Kumar Koushal v. Naz Foundation (2014) case, thereby upholding the spirit of LGBT rights. The judgment based on his observations on sexual autonomy and privacy quoted,

The right to privacy and the protection of sexual orientation lie at the core of the fundamental rights guaranteed by Articles 14, 15 and 21 of the constitution… [LGBT] rights are not so-called but are real rights founded on sound constitutional doctrine. They inhere in the right to life. They dwell in privacy and dignity. They constitute the essence of liberty and freedom. Sexual orientation is an essential component of identity. Equal protection demands protection of the identity of every individual without discrimination.”

In his historic judgment declaring privacy as a fundamental right, Justice Chandrachud termed the 1976 verdict in the famous ADM Jabalpur case “seriously flawed.” His father, in which his father was part of the majority judgment by a five-judge constitution bench

DY Chandrachud was a part of a five-judge bench that decriminalised gay sex between consenting adults while partly striking down the 158-year-old colonial law under Section 377 of the IPC. Justice Chandrachud, while delivering the judgment for Navtej Singh Johar v. Union of India (2018), stressed that this case is much more than just decriminalising a provision saying,

It is about an aspiration to realise constitutional rights and equal existence of LGBT community as other citizens.”

Expanding the Concept of Family

A bench comprising Justice D.Y. Chandrachud and Justice A.S. Bopanna observed that “familial relationships may take the form of domestic, unmarried partnerships or queer relationships” in Deepika Singh v. Central Administrative Tribunal and Ors. (2022) case. The SC also noted that an ”atypical” manifestation of a family unit is as real as its traditional counterpart and deserves protection under the law. The Court was hearing an appeal filed by Deepika who sought maternity leave after the birth of her first biological child despite the fact that she had availed the leave to take care of her husband’s two children from his previous marriage. In Deepika’s appeal to avail maternity leave at the Post Graduate Institute of Medical Education and Research (PGIMER), the court held that childcare leave is independent of maternity leave and a woman is entitled to both.

In the Indibility Creative Pvt Ltd v State of West Bengal (2019) case, the Scdeclared an unofficial ban imposed by the West Bengal Government on the political satire film Bhobishyoter Bhoot to be unconstitutional. Justice Chandrachud authored a judgment which imposed a fine on the State of West Bengal and granted remedial compensation for disallowing the screening of the film holding that the State has violated the Petitioners’ right to freedom of expression under Article 19(1)(a) of the Constitution.

A three-judge Bench headed by Justice Chandrachud, while hearing a plea for a pre-telecast ban on a programme partially aired by Sudarshan TV on “UPSC Jihad,” observed that Sudarshan TV was free to exercise its journalistic privilege to investigate an organisation’s funding in the public interest, but the channel had no right to make sweeping comments about the entire Muslim community. Apparently, the show, anchored by Suresh Chavhanke, claimed that members of the Muslim community had been attempting to infiltrate the civil services. The SC restrained Sudarshan News from broadcasting the remaining episodes of a show. While Senior Advocate Shyam Divan, who represented the channel, argued that he would strongly oppose any stay on the programme as it was a question of freedom of speech, Justice Chandrachud said,

Your client is doing a disservice to the nation and is not accepting India is a melting point of diverse cultures. Your client needs to exercise his freedom with caution.”

In the Indian Young Lawyers Association vs State of Kerala and Ors.” popularly known as the “Sabarimala Case,”  he held that the practice prohibiting women of menstruating age from entering the Sabarimala temple violated multiple articles of the Indian Constitution. He quoted,

The Court must lean against granting constitutional protection to a claim which derogates from the dignity of women as equal holders of rights and protections. Does the Constitution permit this as basis to exclude women from worship? Does the fact that a woman has a physiological feature – of being in a menstruating age – entitle anybody or a group to subject her to exclusion from religious worship?  To exclude women is derogatory to an equal citizenship.”

Previously, adultery was an offence for which a convict was fined or sentenced to a five-year jail term. However, since the law defined women as an abettor, the law punished only men for the same.

Recognition of Marital Rape as Crime

In a landmark decision, Justice DY Chandrachud held that “sexual assault by a man of his wife can take the form of rape.” Justice Chandrachud, who authored the judgment, said the Medical Termination of Pregnancy Act recognises a husband’s act of sexual assault or forced intercourse committed on his wife as ‘rape’.

Equal Roles for Women in Army

In February 2003, advocate Babita Puniya filed a PIL at Delhi High Court, seeking permanent commission for female officers recruited through SSC in the army, at par with their male counterparts. In 2020, Justice Chandrachud directed the government to consider all woman officers in the Army appointed on Short Service Commissions for the grant of Permanent Commissions, including command postings. The judgment received international attention for broadening the horizons of Indian jurisprudence. Consequently, the SC also struck down the army’s gender-discriminatory promotion practices saying that the manner of granting women officers Permanent Commissions in the army reflected indirect and systemic discrimination. A short time after Babita Puniya, he authored the judgment in Union of India v Ld. Cdr. Annie Nagaraja wherein the Court directed a similar relief to be granted to women sailors in the Indian Navy.

A three-judge Supreme Court bench including Justice Chandrachud restored Hadiya’s marriage with Shafin Jahan in infamous Kerala ‘love-jihad’ case. Justice Chandrachud’s concurring opinion in the case upheld that an adult’s right to make decisions in marriage or religion falls within his or her zone of privacy.

In the judgment dated 28 September 2018, the Indian Supreme Court upheld the constitutional validity of the Aadhaar Act by a 4-1 majority as Justice Chandrachud penned his dissent and declared Aadhaar was not valid.

In Romila Thapar & Ors. v. Union of India & Ors, Justice Chandrachud dissented with the majority which refused to constitute a Special Investigation Team to probe the case concerning the arrest of five activists in connection with the 2018 Bhima Koregaon violence.

In Abhiram Singh v. C.D Commachen, Justice Chandrachud penned a dissent for himself and two other judges.The case dealt with the question of whether ‘religion, race, caste, community or language’ mentioned in section 123(3) of the Representation of People’s Act is that of the candidate or both the candidate and the voter.

While serving as a Judge of the Bombay High Court, he became the Director of the Maharashtra Judicial Academy. While practising law at the SC and Bombay High Court, he was a visiting professor of Comparative Constitutional Law at the University of Mumbai. He was also visiting faculty member who taught International Law at Oklahoma University School of Law, USA. He has also been a Paper setter and Chairman of the Board of Examiners for the LLM examination. He has delivered lectures at the Australian National University, Harvard Law School, Yale Law School, and the University of Witwatersrand, South Africa. In 2022, he was appointed as the executive chairman of the National Legal Services Authority. He has served as the Chairperson of the e-Committee of the Supreme Court of India.

In October 2022, a complaint alleging misuse of official position was moved against Justice D. Y. Chandrachud by Rashid Khan Pathan and two other persons. The complainants alleged that Justice Chandrachud had passed certain directions in a case which was purportedly connected with proceedings in which his son had appeared before the Bombay High Court. R K Pathan, who claimed to be the chief of the so-called ‘Supreme Court and High Court Litigant Association’, had lodged the complaint with the President of India and others. The BCI backed Chandrachud over the alleged complaint and condemned the letter as a “deliberate attempt to malign Indian judiciary.” [4]The India Express

In January 2023, it was announced that DY Chandrachud would be conferred the “Award for Global Leadership” by the Harvard Law School Center, recognizing his lifetime service to the legal profession in India and around the world. [5]The Hindu 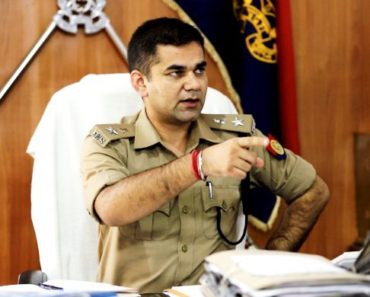 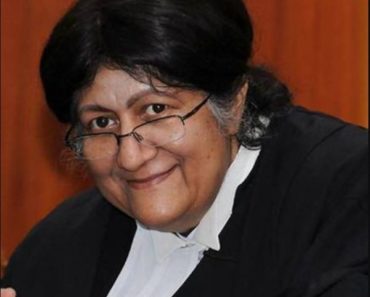 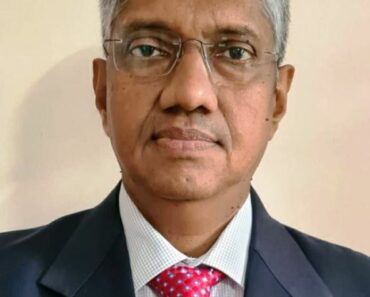 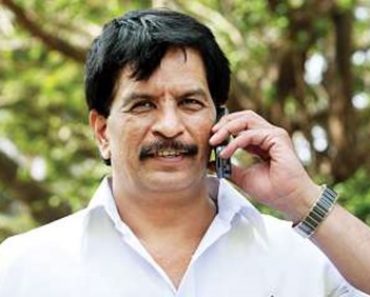 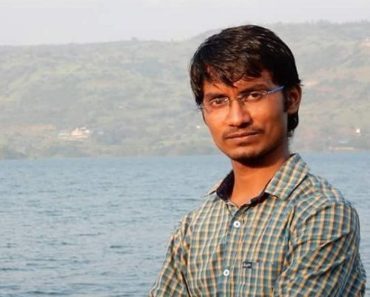 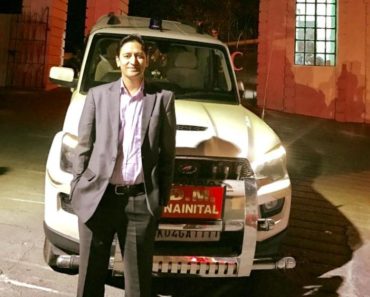 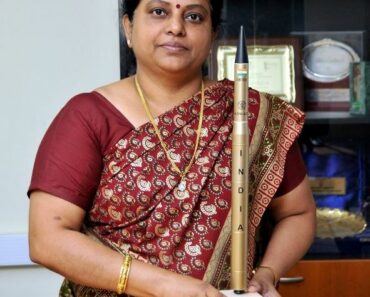 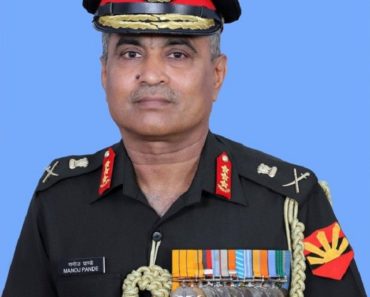 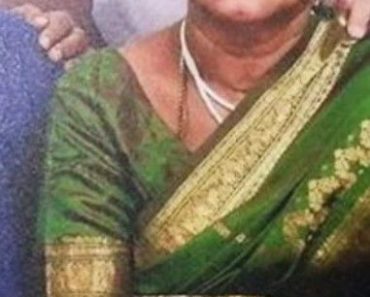 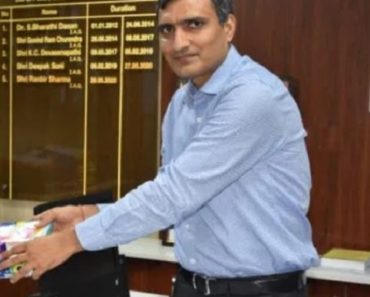