Bobby Deol is a dashing Indian model and actor. With a career spanning more than two decades in the Bollywood film industry, Bobby has not only appeared in over forty movies but also won a Filmfare Award and many nominations. From a child actor in Dharam veer to the latest film, he has always been the chocolate boy for the audience. Let’s see how the journey of Bobby Deol in the Bollywood industry began and some interesting facts about him.

Bobby Deol, born as Vijay Singh Deol, is the second son the yesteryear superstar, Dharmendra. His journey in the glamorous world has not been an easy ride. The battle during the low-phase of his life right before the release of Race 3 that inspired Bobby to hit the gym which helped him to get back on track instantly and achieve a chiseled physique. He is famous for portraying the roles of villainous characters in the action-spy drama thrillers notorious for committing revengeful murders and crimes.

Deol’s dashing personality has been loved by one and all. The hunk stands tall at all 5′ 11” weighing around 75 kgs. His physical stats are well proportionate with chest 40″, waist 32″ and biceps 13″.

Bobby Deol workout at the gym

The Indian actor was born on 27 January 1969 (49 years) to renowned actor Dharmendra and Prakash Kaur in a Punjabi Jatt Sikh family. Bobby Deol’s roots trace back to Sahnewal, Ludhiana, Punjab.

Bobby with his parents during childhood

He has an elder brother Sunny Deol, who is also a well-known actor.

Bobby also has two sisters, Vijayta and Ajeeta. Both of them are settled in California, USA.

Bobby Deol with his parents and siblings

Bobby is rumored to have affairs with actress Neelam Kothari and Priya Chatwal.

On 30 May 1996, he tied the knot with renowned Indian banker Dev Ahuja’s daughter, Tanya.

He has two sons, Aryaman Deol and Dharam Deol, named after his father, Dharmendra.

Bobby with his wife and kids

Bobby with his son Aryaman

He worked as a DJ before entering the Bollywood industry but quit it soon due to some bad experiences. His first appearance in Indian cinema was in 1977 as a child artist in the movie “Dharam Veer.”

Bobby’s got his first big break from his debut as a lead role in Barsaat (1995). He also got the Filmfare Award for Best Debut Male for this movie.

While filming for his debut lead role in Barsaat, he met with an accident and broke his leg. He was then flown to London for the treatment, which affected his movie’s promotional shoots.

After the release of his film “Aur Pyaar Ho Gaya,” he showed his displeasure towards the special effects added later in the climax scene. He was very much upset at the aeroplane effect added after the shoot of the scene.

His breakthrough performance was in “Soldier“(1998) which won everyone’s hearts.

His film “Dillagi” was the debut directorial film of his brother Sunny Deol. Sunny got the idea to direct the movie after he saw Bobby coming home drunk one random night. It was Bobby’s first movie with his brother.

He did his first-ever negative role in the Bollywood drama “Shaka Laka Boom Boom.”

Bobby Deol in a still from Shaka Laka Boom Boom

Although he performed great in the movie “Jhoom Barabar Jhoom” but he was not the first choice.

Also, his cameo in “Dostana” was not much appreciated by the audience.

After the release of his movie “Yamla Pagla Deewana 2“, he took four-year hiatus from the film industry. He made a comeback in the year 2017 with “Poster Boys.” 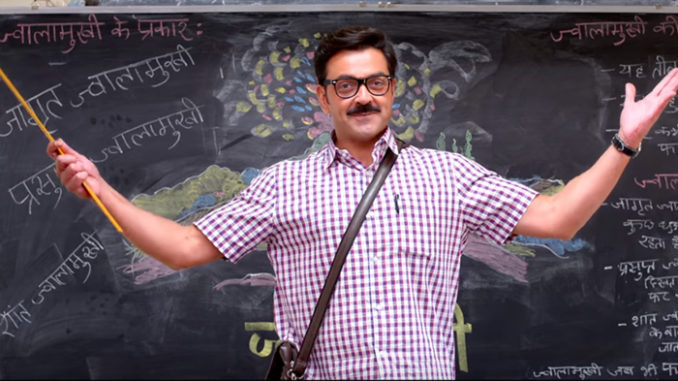 Bobby with his Porsche Cayenne Deol getting out from his Porsche 911

The latest addition to his collection is Range Rover Sports SUV worth ₹1.20 crore. 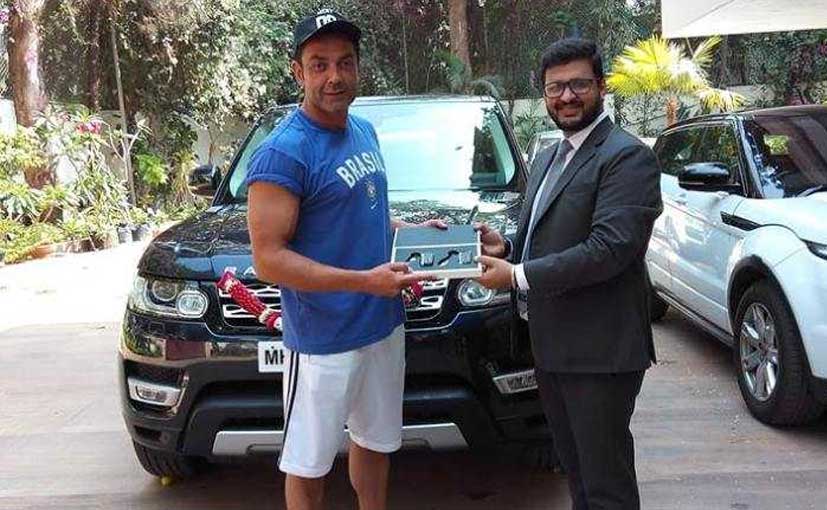 Bobby Deol with his latest addition