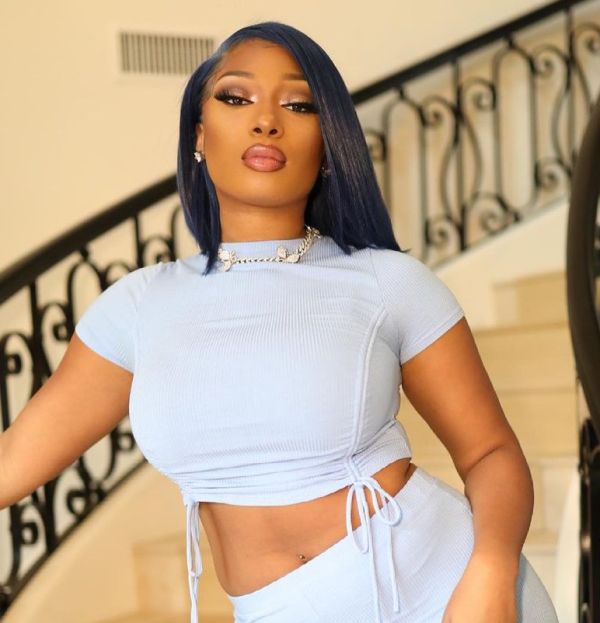 Megan Thee Stallion is an American rapper, singer, and songwriter who has won several accolades, including five BET Hip Hop Awards, two MTV Video Music Awards, and a Billboard Women in Music Award. She is famous for her songs Big Ole Freak (2018), Hot Girl Summer (2019), and Savage Remix (2020), which were ranked among the top 10 music albums in the record chart ‘Billboard 200.’

Megan Thee Stallion was born as Megan Jovon Ruth Pete [1]Marie Claire on Wednesday, February 15, 1995 (age 26 years; as of 2021), in San Antonio, Texas. Megan spent her childhood in the South Park neighborhood of Houston. She first got interested in rapping after listening to her mother, Holly Thomas, who rapped under the name “Holly-Wood.” In an interview, she said,

My mom is the first female rapper I’ve ever known. I’m thinking, like, Okay, yeah, this is normal. Everybody’s doing this.”

Instead of putting Megan in daycare, Holly used to take Megan along to the recording sessions. At the studio, Holly thought that her daughter was engaged in coloring books and watching TV, but Megan would attentively notice her mother’s work. In an interview, she said, 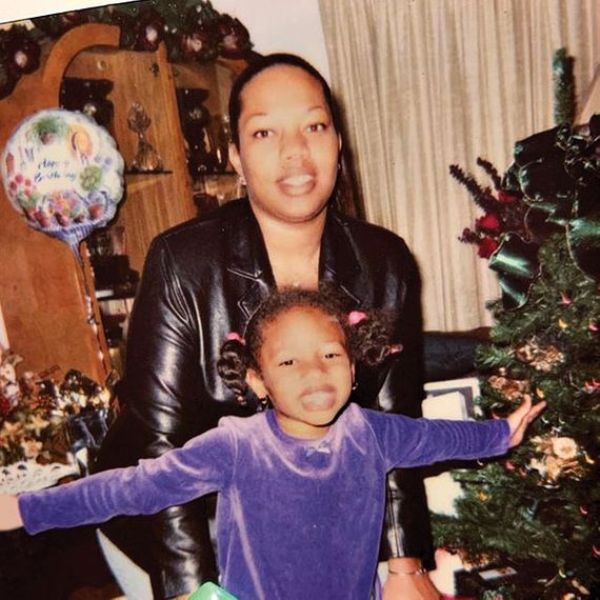 A childhood picture of Megan Thee Stallion with her mother

She attended Pearland High School, Texas, where she was crowned Miss Pearland in ninth grade. In 2013, while pursuing a degree in health-care administration at Prairie View A&M University, Texas, Megan rocked a college party with her raps after which her friend encouraged her to start a YouTube channel. Thereafter, she uploaded freestyle rap videos on YouTube, which captured the attention of her fellow college mates. While sharing this incident in an interview, she said, 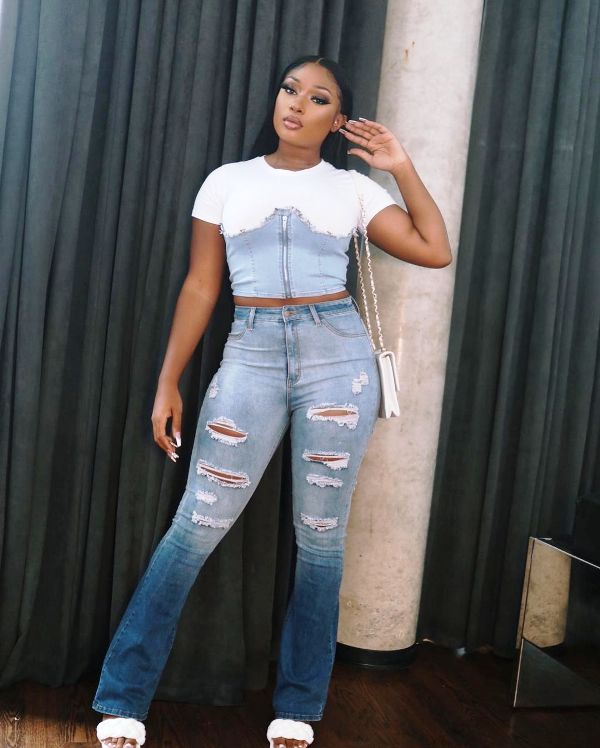 Megan Thee Stallion is a  Creole, i.e., a person of mixed African and European ethnicity. [3]Twitter

Her mother, Holly Thomas, is a former rapper who also worked as Megan’s manager, died in April 2019 due to a brain tumor. Megan’s father died in 2011 when she was fifteen years old. 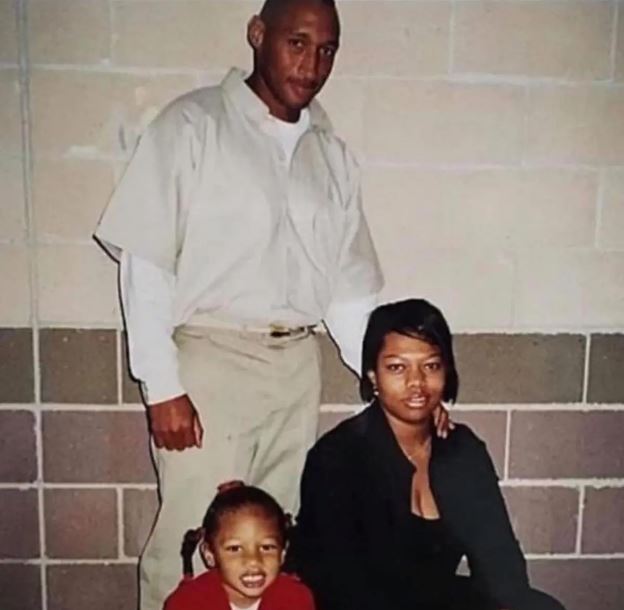 Childhood picture of Megan Thee Stallion with her father 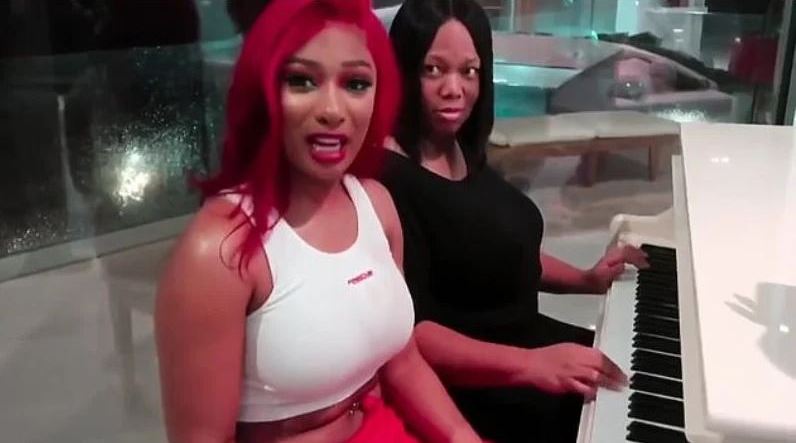 Megan Thee Stallion with her mother

While streaming live on Instagram on February 19, 2021, Megan Thee Stallion disclosed her relationship with the American singer and songwriter Pardison Fontaine. During the live stream, she reciprocated the concerns of her fans regarding a fiery argument between the two that went viral on the internet. She said,

I didn’t like what they were trying to say about Pardi. Cause he is so calm and so sweet. And very, you know … That’s my boo. And I really like him … He is so perfect and he would never do anything to hurt me, just so y’all know.”

Although Megan Thee Stallion started rapping during her college days, a turning point in her journey as a rapper came when a clip of Megan, dominating her male opponents in a freestyle rap battle, went viral on the internet. In 2017, she came into the spotlight with her song Stalli Freestyle.

After signing with 1501 Certified Entertainment at the beginning of 2018, a big breakthrough in her career came in November 2018 when she became the first woman rapper to sign with 300 Entertainment. In the same year, she struck stardom with her second extended play ‘Tina Snow,’ which featured the hit song “Big Ole Freak.”

Megan received critical acclamation for her debut commercial mixtape, Fever, which was released on May 17, 2019. Later, in the same year, she shot to fame with the party song “Hot Girl Summer,” which featured popular American rapper-singers Nicki Minaj and Ty Dolla Sign. The song was a big hit and bagged 53 million views on YouTube.

She made her digital debut in 2019 with the horror series ‘Hottieween’ in which she played the role of a private investigator chasing a gang named ‘Fuccbois.’

Although a temporary restricting order was issued against the record label 1501, Megan released the extended play ‘Suga’ on March 6, 2020. The EP included the song ‘Savage,’ which went viral on the internet when the popular TikTok user Keara Wilson used it to create a dance challenge. 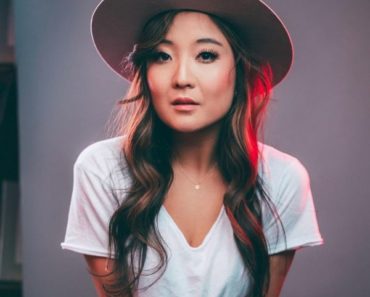 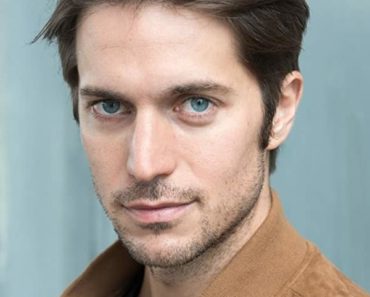 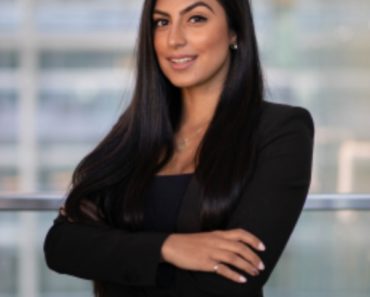 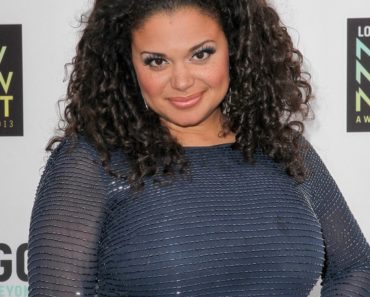 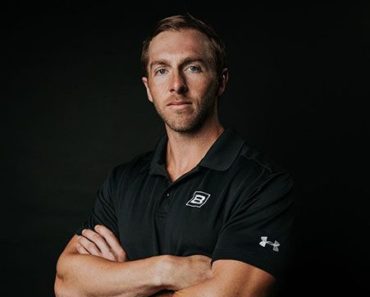 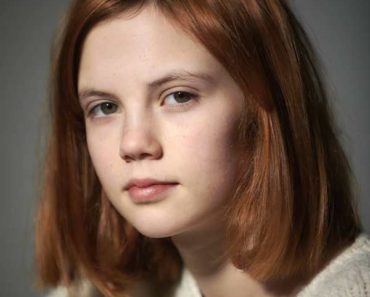 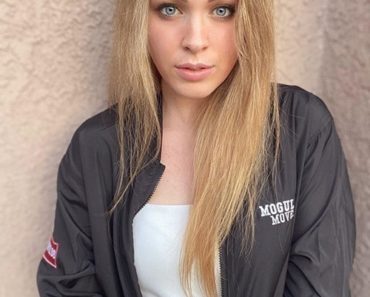 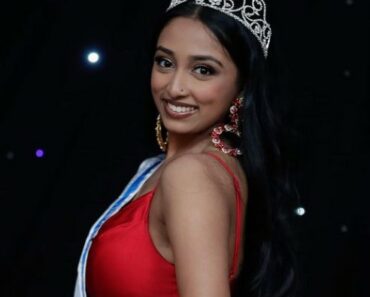 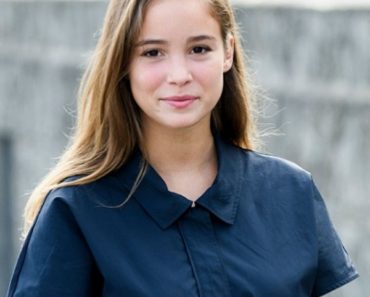 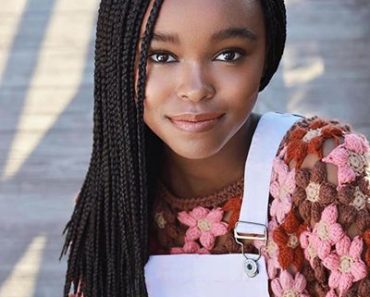