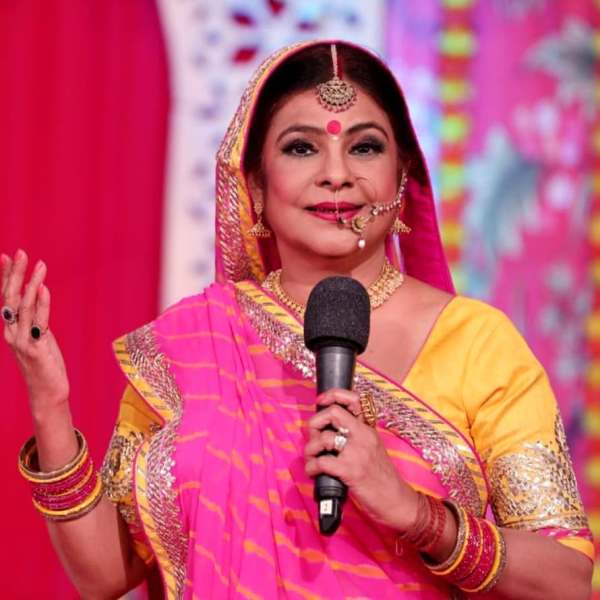 Malini Awasthi is an Indian singer who is best known for singing folk songs predominantly in Hindi and Awadhi dialects. Semi-classical forms of music such as Sohar, Banna, Holi, Kajri, Jhoola, Vivaah, Nirgun, Chaiti are her genres of singing. The government of Uttar Pradesh honoured her with the Yash Bharti award in 2006 for her exceptional contribution to classical music. She was honoured by the government of India in 2016 with the ‘Padma Shri’ which is the fourth-highest civilian award of India.

Malini Awasthi was born on Saturday, 11 February 1967 (age 54 years; as of 2021) in Kannauj, Uttar Pradesh, India. Her zodiac sign is Aquarius. She completed a post-graduation degree in Hindustani classical music from Bhatkhande University, Lucknow. Later, she pursued M.A. in Modern History with a specialization in Medieval and Modern Indian Architecture from the University of Lucknow. [1]The Times of India Her father’s name is Pratham Nath Awasthi, and he was a doctor at the government hospital at Mirzapur, Uttar Pradesh. She has two siblings, one elder brother and a sister. 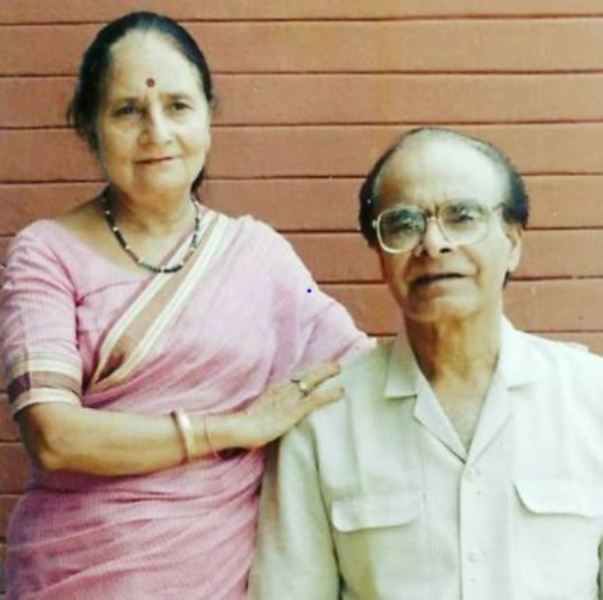 Malini Awasthi’s husband’s name is Awanish Kumar Awasthi, and he is a senior IAS officer and Principal Secretary of the Uttar Pradesh government. 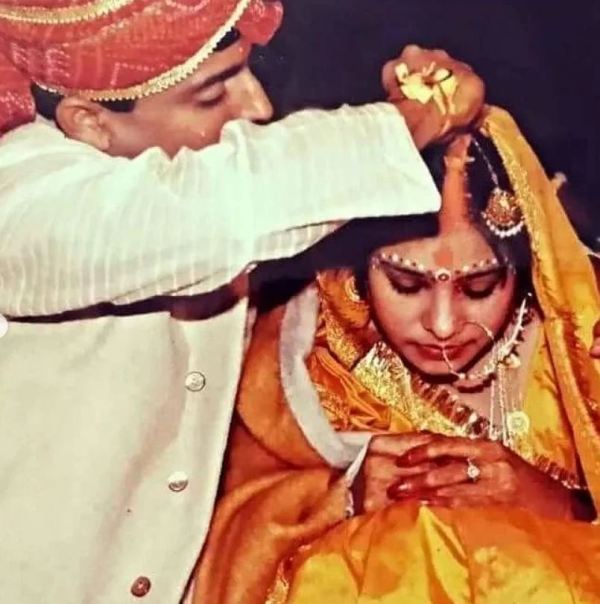 Malini Awasthi on her wedding day

The couple has a son and a daughter named Adwitya and Ananya Awasthi, respectively. Adwitya is married and his wife’s name is Gayatri. 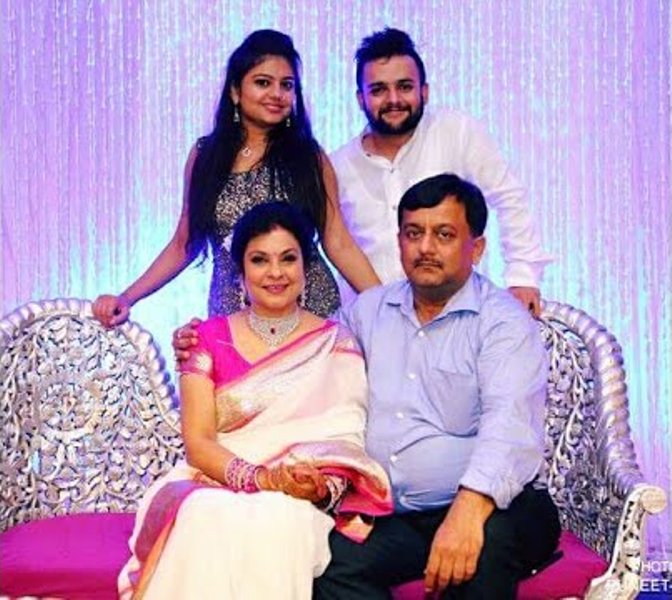 Malini Awasthi with her family

Malini Awasthi began singing in her teens as a high-grade radio artist on All India Radio, and during the same time, she started performing in various musical shows on Doordarshan. 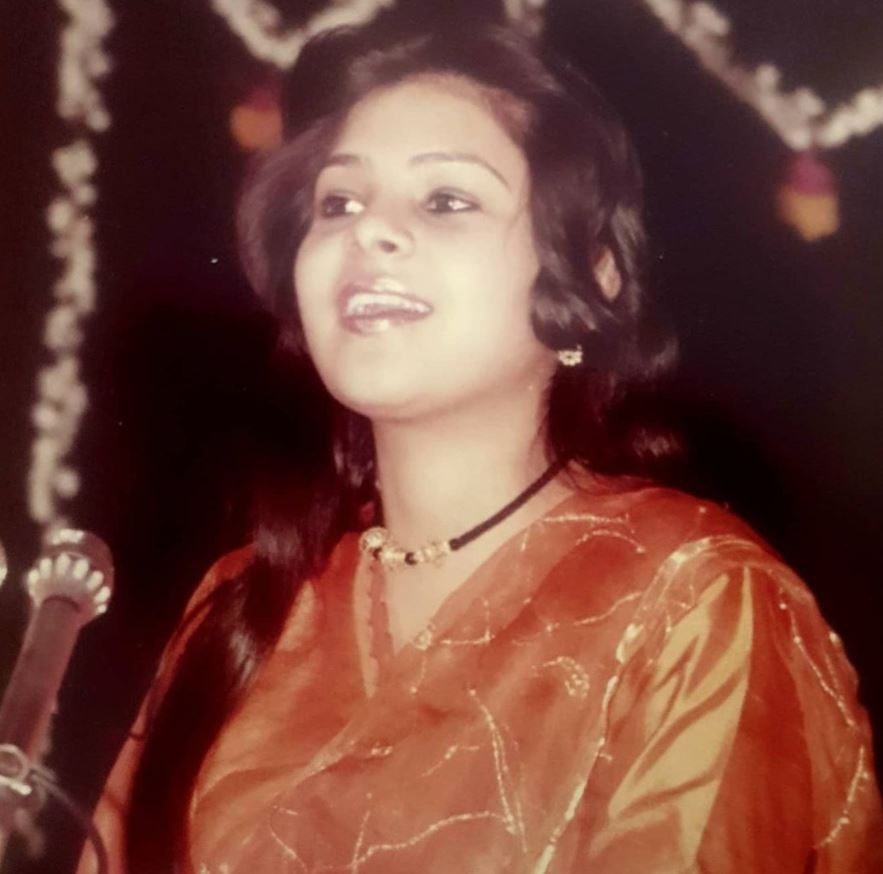 Malini Awasthi is a regular performer of the three-day Sufi music festival named Jahan-e-Khusrau which is arranged every year in New Delhi, India. In her musical stage shows, the audience often demands her to sing ‘Thaare Raho Baanke Shyam’ in the Thumari genre. Malini Awasthi appeared as a participant on the singing reality show titled Junoon aired on television channel NDTV Imagine in 2008.

Malini Awasthi made her Bollywood debut with the song ‘Mann Ki Aasha’ from the movie Bumm Bumm Bole in 2010. Her song titled ‘Sundar Shusheel’ from the movie Dum Laga Ke Haisha was a hit in 2015. Agent Vinod (2012), Bhagan Ke Rekhan ki – Issaq (2013), and Chaarfutiya Chhokare (2014) are some other Bollywood movies in which Malini Awasthi was a leading singer. The singing festivals in which Malini Awasthi regularly performs are Thumri-Festival and Rag-rang-Festival, Taj-Mahotsav, Shruti-Mandal-Samaroh, Kumbhal-Gardh-Festival, Heritage-Festival-Pinjore in Punjab and Haryana. In foreign countries, she often represents Indian culture through her folk songs at various cultural events on regular basis such as Indian festival celebrations in the Netherlands and Vishwa Bhojpuri Sammelan in Mauritius. In 2007, she visited Pakistan for a Cultural Performance. In 2011, Malini Awasthi went to London for a Cultural Performance in the South Bank centre. In the same year, she moved to Fiji for the ICCR 40th anniversary celebration. Her performance was greatly appreciated at the Independence Day celebration in Houston in the USA in 2004. Her singing passion was widely acknowledged at the ‘Festival of India’ in Mauritius in 2015 and the Cultural Concert in Philadelphia and Los Angeles in 2016.

In 2006, Malini Awasthi was conferred with the Yash Bharti award by the Uttar Pradesh Government. In 2016, she was honoured with the Padma Shri award. 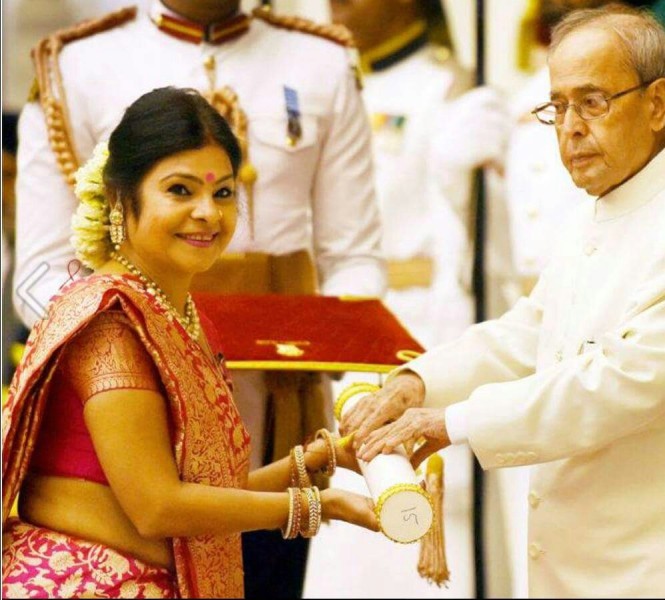 In 2019, Malini Awasthi was honoured with the Indian Airforce medal by Air Marshal Nambiyar. 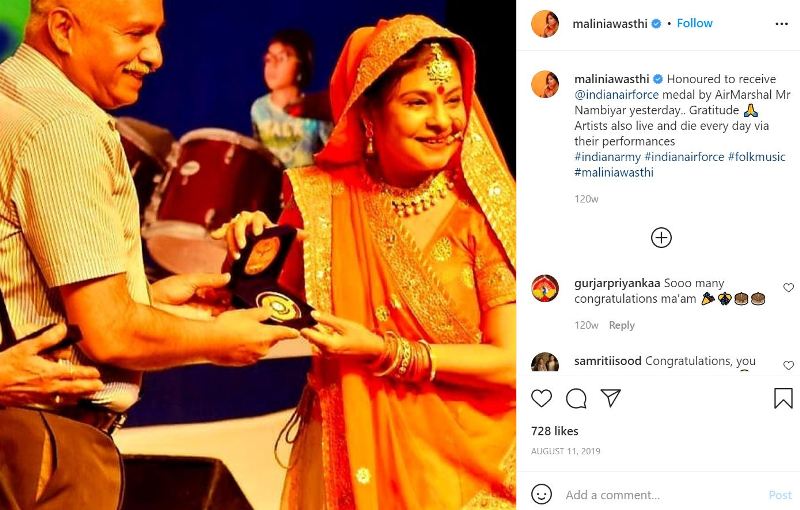 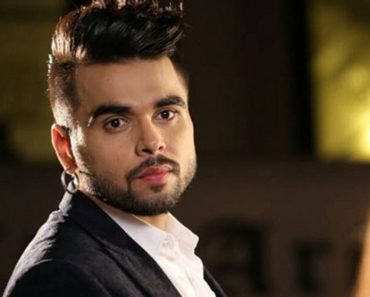 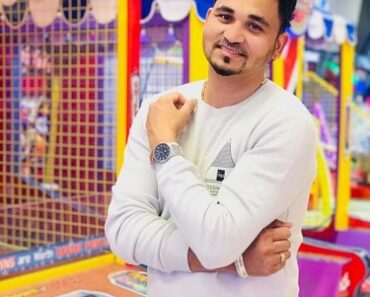 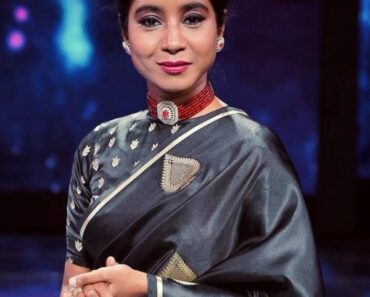 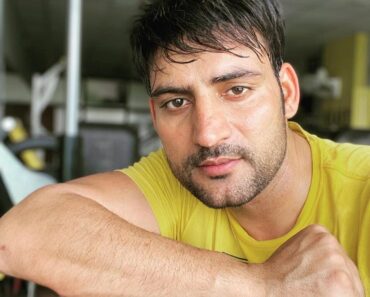 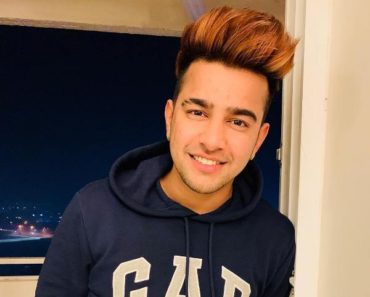 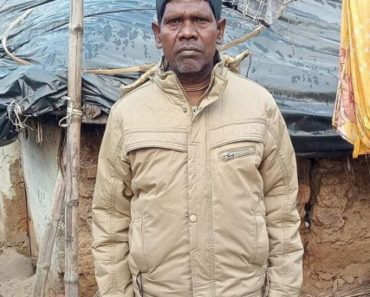 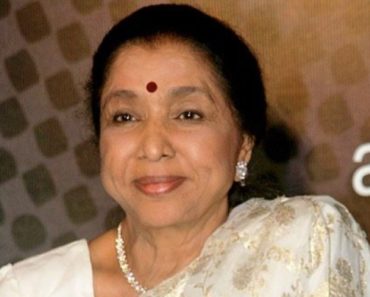 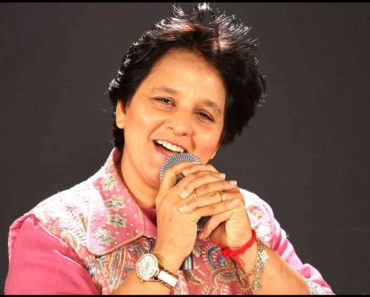 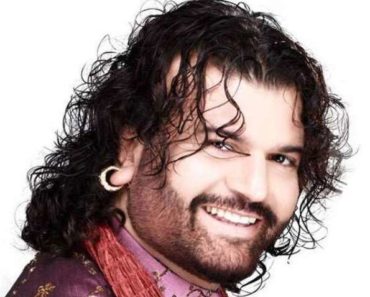 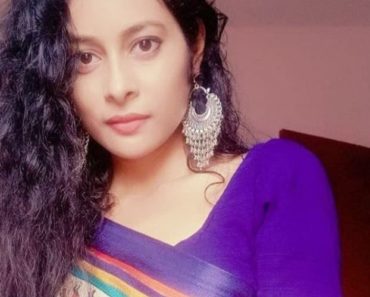