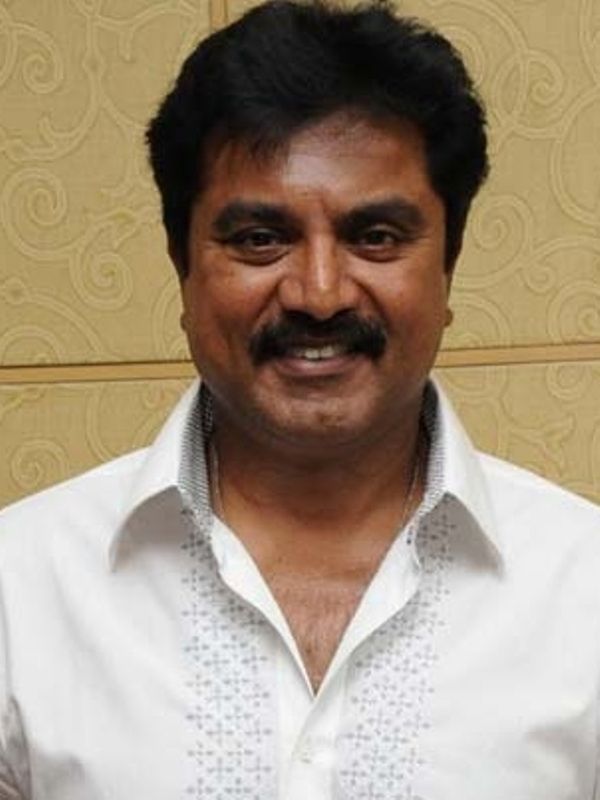 R. Sarathkumar is an Indian actor, politician, journalist, filmmaker, and singer. He is known for working prominently in the Tamil, Telugu, Malayalam, and Kannada film industries. Some of his popular films are ‘Pulan Visaranai’ (1990), ‘Surieyan’ (1992), ‘Nattamai’ (1994), ‘Suryavamsam’ (1997), and ‘Natpukkaga’ (1998). He has won multiple awards including Tamil Nadu State Film Awards and Filmfare Awards South. His 100th film was ‘Thalaimagan’ (2006) in which he worked as an actor, and also as a director. In 2007, he founded his own political party, ‘All India Samathuva Makkal Katchi’ (AISMK), in Tamil Nadu.

Sarathkumar Ramanathan was born on 14 July 1954 (age 68 years; as of 2022) in New Delhi. His zodiac sign is Cancer. After his family moved to Chennai from Delhi, he did his schooling at Rajah Muthiah High School in Chennai, Tamil Nadu. Later, he studied at the Central School in the Indian Institute of Technology Madras in Chennai. He completed his schooling at St. Patrick’s Anglo Indian Higher Secondary School, Chennai. He went to Loyola College in Chennai and then pursued a Bachelor of Science degree in mathematics from The New College in Chennai, Tamil Nadu. [1]The Times of India [2]MyNeta During his school and college days, he played football, cricket, and hockey; he participated in his school and college sports teams and represented them at different sports events. He was an Air Wing Cadet in the National Cadet Corps (NCC) and marched in the 1970 parade of Republic Day. 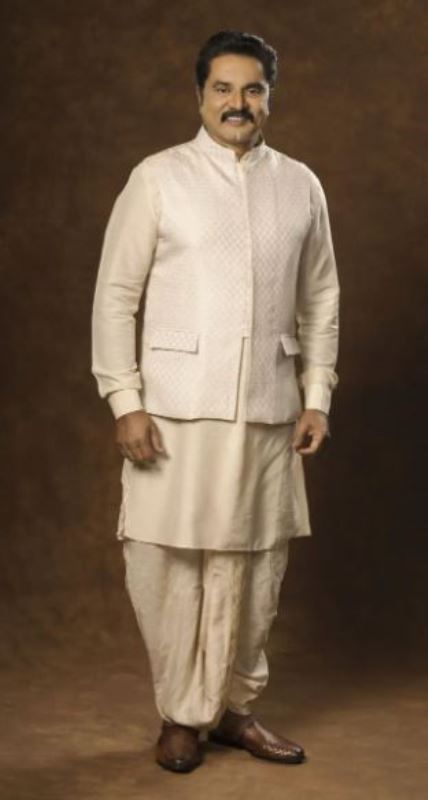 Sarathkumar belongs to a Tamil family.

His father’s name is M. Ramanathan, who worked at All India Radio and the Press Information Bureau of India. His mother, Pushpaleela (also known as Leelavathy), was a homemaker, who died on 26 October 2013. [3]The Hindu He had one elder brother named Sudarshan Ramanathan, who passed away, and he has one elder sister named Mallika Kandaswamy. 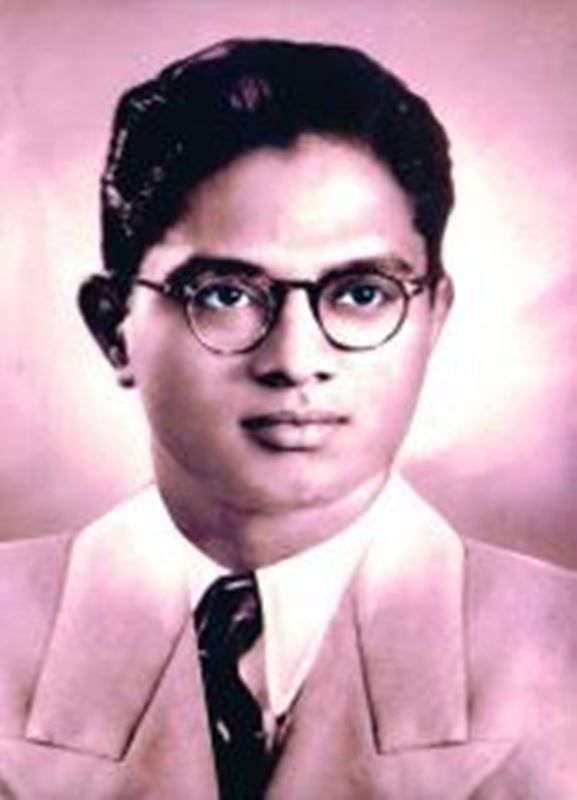 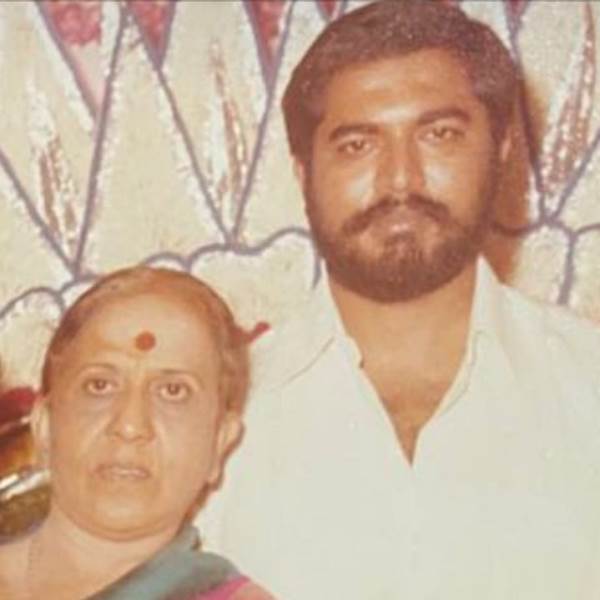 R. Sarathkumar with his mother, Pushpaleela 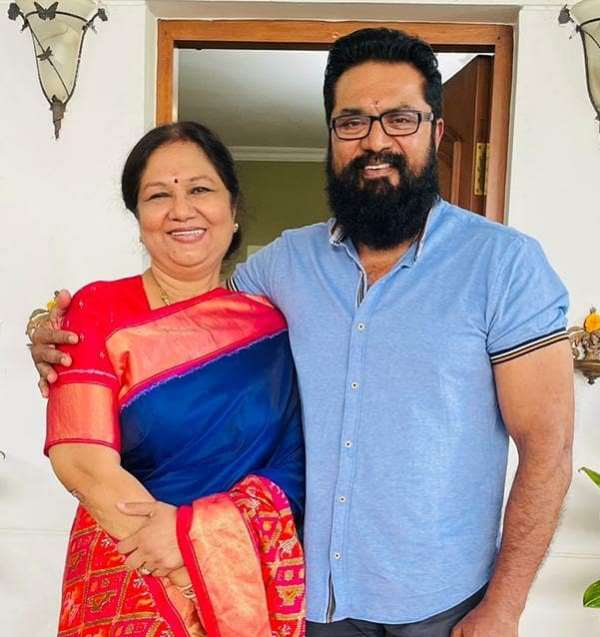 R. Sarathkumar with his sister, Mallika

In 1984, Sarathkumar got married to Chaya Devi. The couple had two daughters, Varalaxmi, an actress, and Pooja. The couple got divorced in 2000. In 2001, he got married to Raadhika, who is an Indian actress and politician. [4]Pelli Petakulu They have a son named Rahul, who was born in 2004. He has a stepdaughter named Rayanne Hardy, who was born in 1992 to Raadhika and her ex-husband Richard Hardy. [5]The Times of India 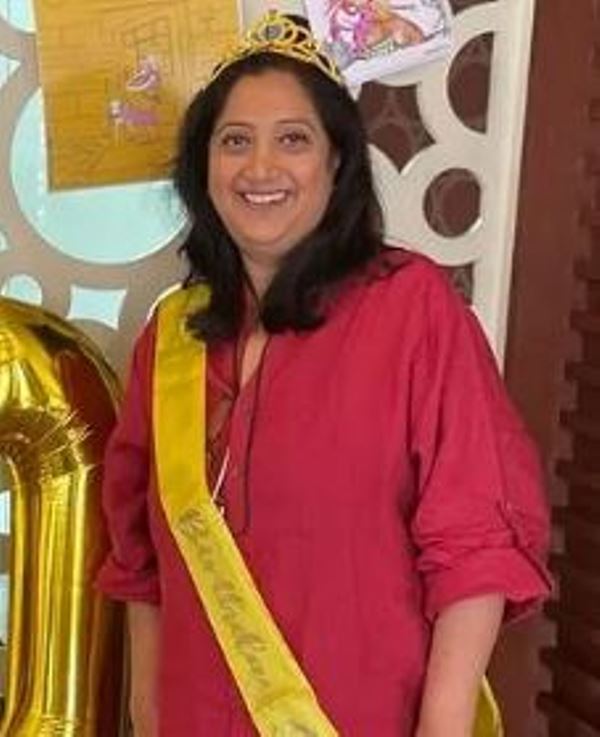 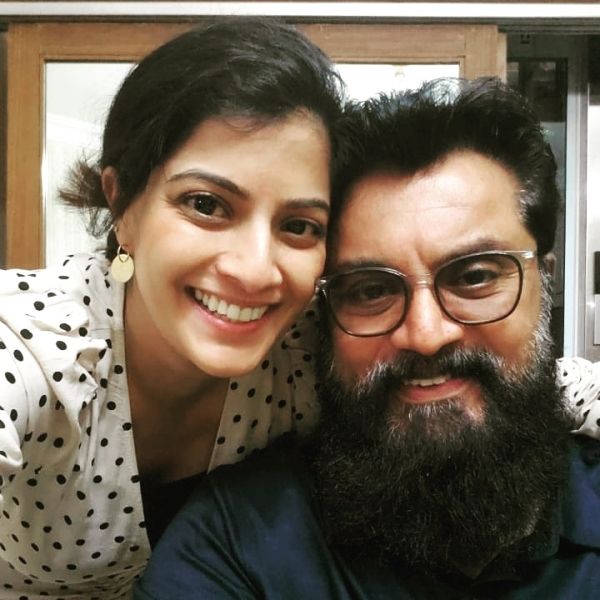 R. Sarathkumar with his daughter, Varalaxmi 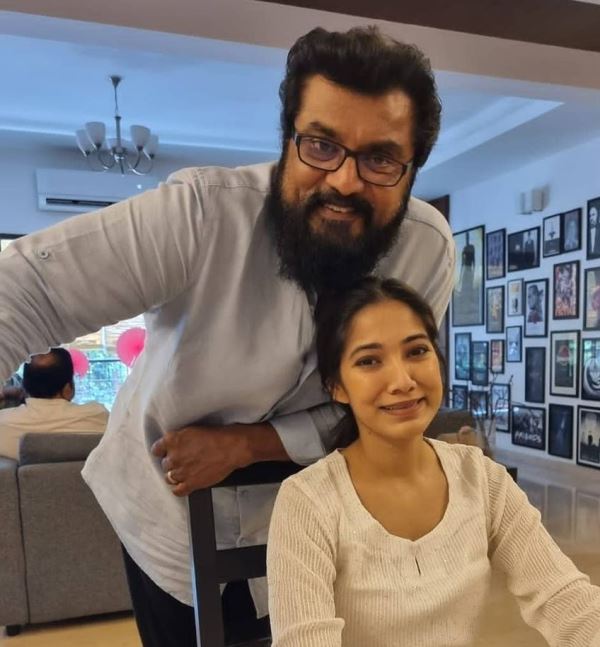 R. Sarathkumar with his daughter, Pooja 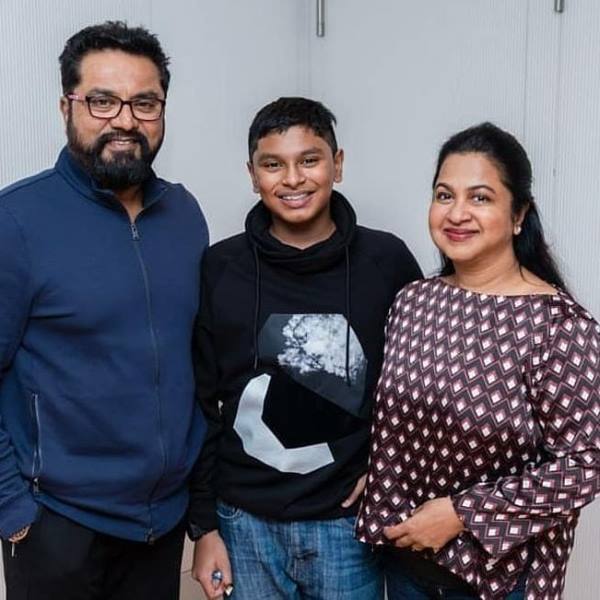 R. Sarathkumar with his second wife, Raadhika, and son, Rahul 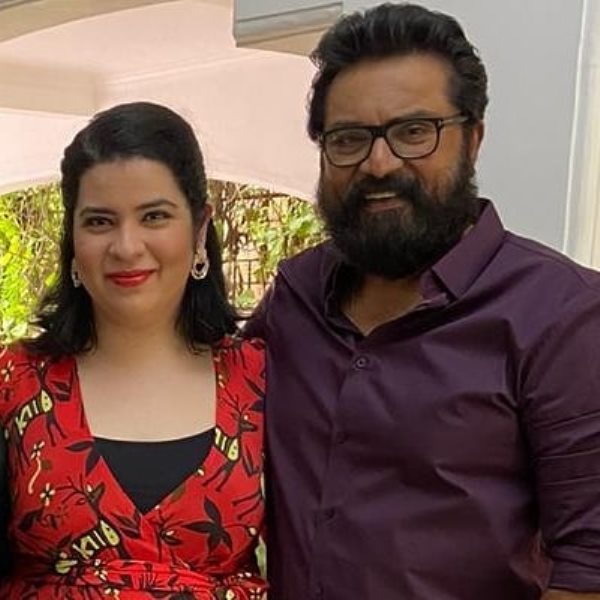 R. Sarathkumar with his stepdaughter, Rayanne

Reportedly, in the mid-1990s, he was in a relationship with Nagma, an Indian actress and politician, while he was still married to Chaya. [6]The Times of India 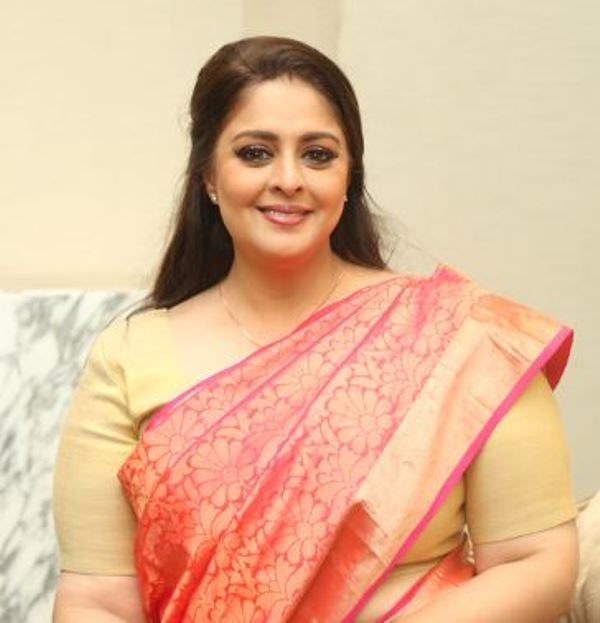 He belongs to the Nadar community, which is found in a majority in Tamil Nadu, India. [7]YouTube – NakkheeranTV

After winning the title of “Mr Madras University” in 1974, he moved to Bengaluru, where he started working as a newspaper boy for the Tamil newspaper Dinakaran. He began to distribute newspapers to shops as a cycle boy. Later, he began to manage newspaper circulation, and then he became a reporter for the same newspaper. He played a major role in expanding Dinakaran’s business in Bengaluru, and later in Chennai. In Chennai, he opened his own travel agency. [8]The Times of India He is the founder and editor of the weekly magazine in Tamil ‘Media Voice.’ In an interview, he talked about how he still remembers his journalism days and said,

Although I am a politician and actor now, the journalist in me is still alive. I love multitasking.” [9]The Hindu

In 1986, he debuted in the Telugu film industry with the film ‘Samajamlo Sthree’ in which he played the role of Surendar Babu. 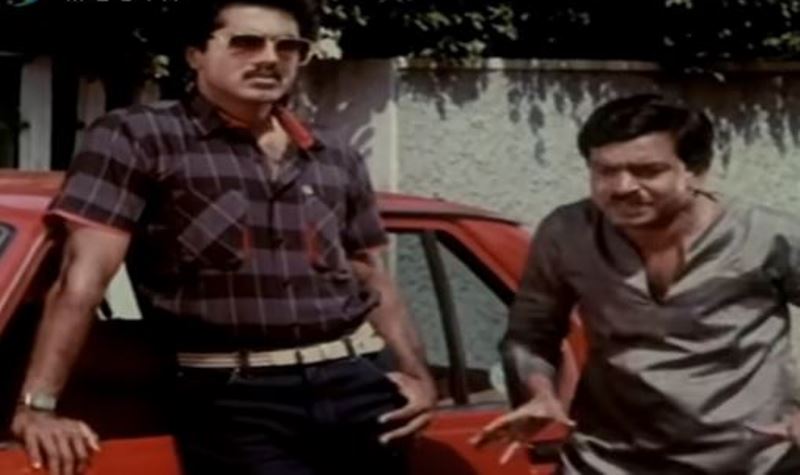 R. Sarathkumar in a still from the 1986 film ‘Samajamlo Sthree’

In 1988, he debuted in the Tamil film industry with the film ‘Kan Simittum Neram’ in which he played the role of Inspector Sarath. 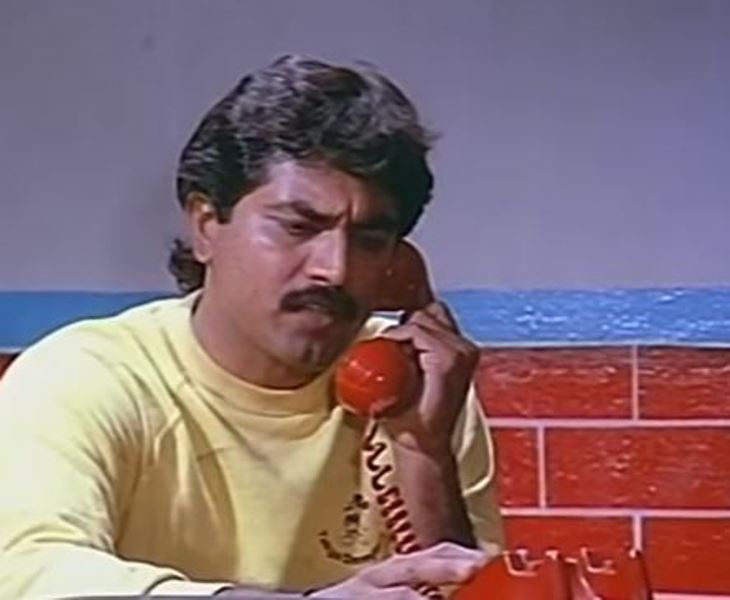 R. Sarathkumar in a still from the 1988 film ‘Kan Simittum Neram’

In the 1990 film ‘Sirayil Sila Raagangal,’ he played the role of Antony. He was to play the role of Rajamanickam, opposite actress Rekha, in the 1991 film ‘Vaidehi Kalyanam.’ He made a guest appearance in the 1994 dance film ‘Indhu.’ In the 1994 film ‘Killadi Mappillai,’ he appeared in a cameo role as himself. In the 1995 film ‘Ragasiya Police,’ he played the role of ACP Suriya IPS. In 1996, he acted in the film ‘Mahaprabhu,’ which turned out to be a hit film. In the 2011 horror comedy film ‘Muni 2: Kanchana,’ he appeared as Karthik, who played the role of Kanchana. He played the lead role of Bose Kaalai, opposite his second wife, Raadhika Sarathkumar, in the 2020 drama film ‘Vaanam Kottatum.’ In 2022, he portrayed the character of Periya Pazhuvettaraiyar in the epic period drama film ‘Ponniyin Selvan: I,’ directed by Mani Ratnam. 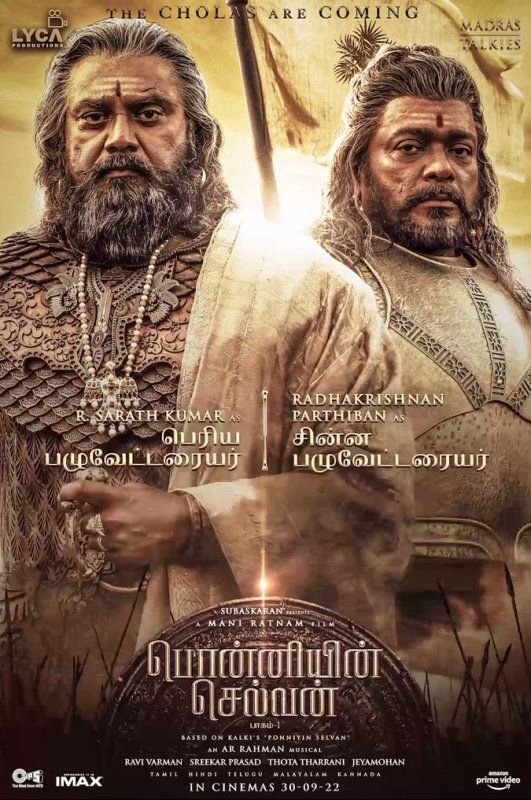 R. Sarathkumar on the poster of the 2022 film ‘Ponniyin Selvan 1’

In 2009, he debuted in the Malayalam film industry with the film ‘Pazhassi Raja.’

R. Sarathkumar in a still from the 2009 film ‘Pazhassi Raja’

In 2012, he debuted in the Kannada film industry with the film ‘Saarathi.’ 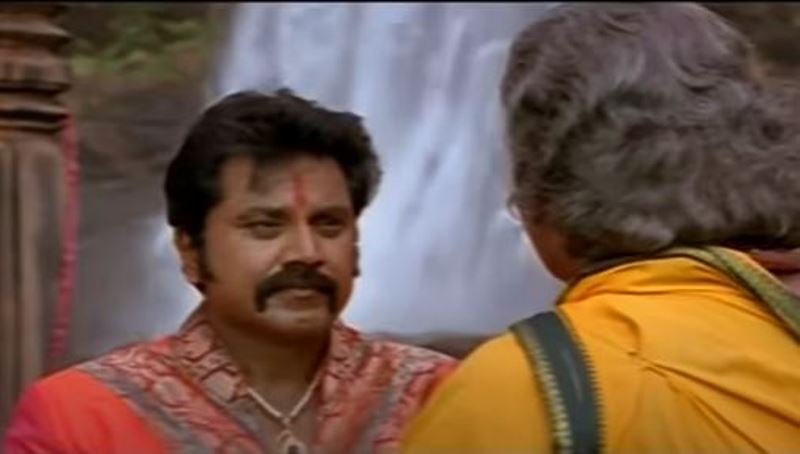 R. Sarathkumar in a still from the 2012 film ‘Saarathi’

In the 2013 romantic drama film ‘Myna,’ he played the role of ACP B. B. Ashok Kumar. He portrayed Sikandar Lodi in the 2016 biopic-drama film ‘Santheyalli Nintha Kabira,’ which was based on the Hindi play ‘Kabira Khada Bazaar Mein’ by Bhisham Sahni. In 2019, he acted in the film ‘Seetharama Kalyana.’ He played the role of a supporting character, Joseph Antony, in the 2022 film ‘James.’

In 2000, he hosted Sun TV’s game show ‘Kodeeswaran.’ He appeared as a guest on the Tamil language talk show ‘Ninaithale Inikkum’ in 2014. In 2020, he appeared on the Tamil quiz show ‘Kodeeswari,’ along with his daughter Varalaxmi Sarathkumar. In the same year, he hosted the show ‘Madras Maamis.’ In 2021, he played the role of Nagendra Naidu in the Disney+ Hotstar TV series ‘Parampara.’ He appeared as a special host on the Tamil version of the reality TV show ‘Bigg Boss’ in 2022. In the same year, he acted in the web series ‘Irai.’ 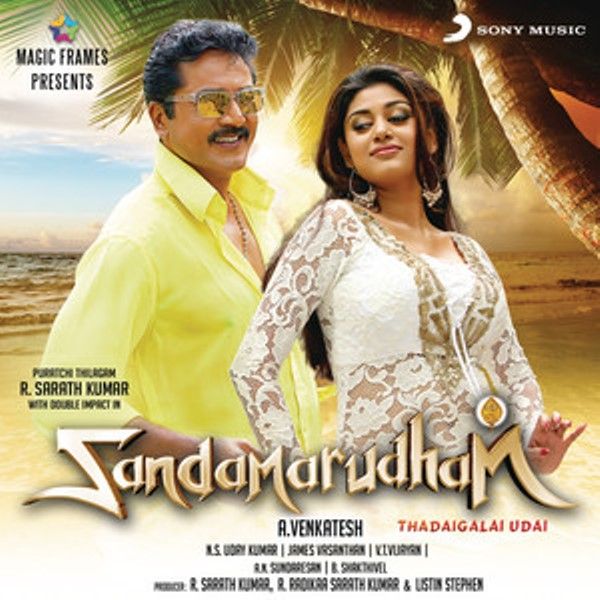 R. Sarathkumar on the poster of the song ‘Unnai Mattum’ from the 2014 film ‘Sandamarutham’

R. Sarathkumar began his career in politics in 1996 by joining the Dravida Munnetra Kazhagam (DMK). In 1998, he contested the Lok Sabha elections from Tirunelveli in Tamil Nadu; however, he lost the elections by a margin of only 6904 votes. In July 2001, he became a Rajya Sabha member, but before the assembly elections in 2006, he left DMK and joined the AIADMK party with his second wife, Raadhika. In November 2006, he quit the AIADMK saying that as the president of the South Indian Artistes’ Association needed “undivided attention.” In an interview, he said,

As my profession and presidentship of the South Indian Film Artistes Association need my undivided attention, I have tendered my resignation to party supremo J Jayalalithaa. I have fulfilled my commitments to the AIADMK alliance. In the last five years, I have campaigned for the alliance in local body elections and byelections and stood by the party in all crises. The general body meeting of the party authorised me to take a decision on the alliance, and I have decided to walk out.” [10]The Times of India

On 31 August 2007, he launched his own political party named the All India Samathuva Makkal Katchi (AISMK).

In 2011, he joined the AIADMK alliance and was given two seats in the alliance, before the 14th Legislative Assembly Elections. His party won in two assembly constituencies; he won from Tenkasi, and Ernavur A. Narayanan won from Nanguneri. In 2016, he contested the Assembly elections; however, he lost. In an interview, he shared his wish to become a possible Chief Minister candidate, he said,

For the last 10 years, I have been closely associated with AIADMK. In fact, I have even been identified as the party’s propaganda secretary. Though I don’t regret this identification, my party couldn’t grow. Now, I want to focus on my party and be seen as a possible Chief Minister candidate.” [11]The Hindu

Reportedly, R. Sarathkumar was close to the politician Jayalalithaa. In 1994, Sarathkumar’s film ‘Nattamai’ was released. According to some sources, he gave a videotape of the film to Jayalalithaa for her personal viewing. The film was aired by Jayalalithaa’s television channel JJ TV, while the movie was still running in the theatres of Tamil Nadu. The event turned into a controversy when the producer of the film R. B. Chowdary threatened the actor for violating the rules and misusing the videotape, which was given to him for watching it personally. Surprised by Jayalalithaa’s actions, Sarathkumar explained that he never thought that she would do something like this. He sought an explanation from both Jayalalitha and JJ TV but never received it. [12]India Today 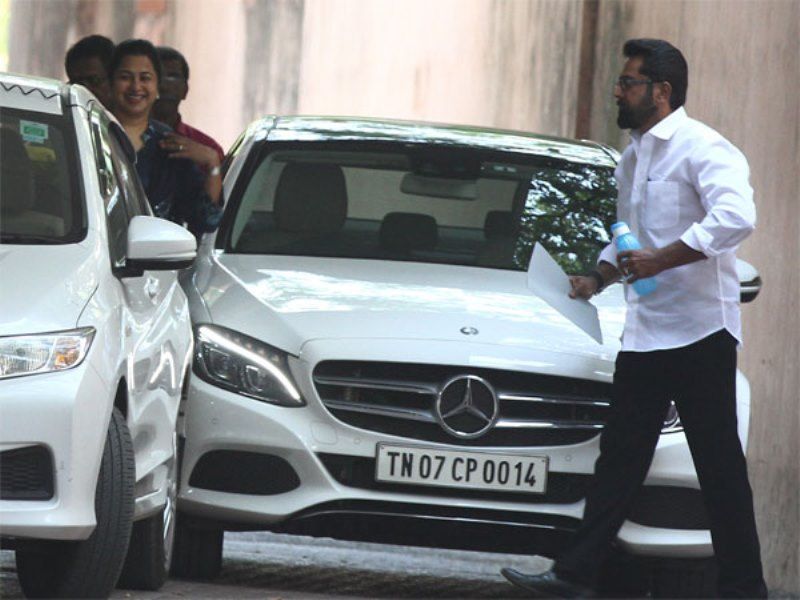 Note: The given estimates of movable and immovable assets are according to the year 2016. [15]MyNeta 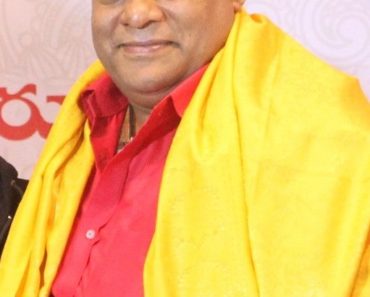 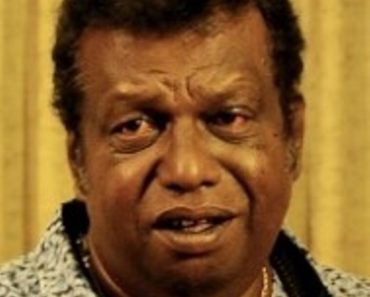 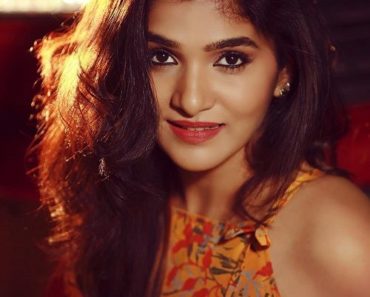 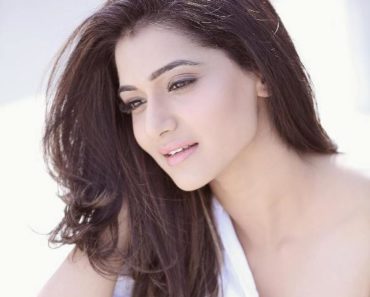 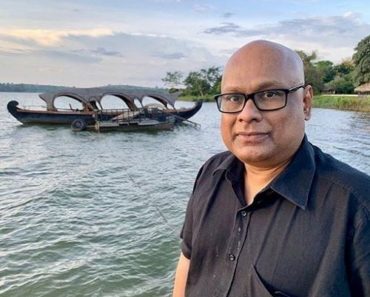 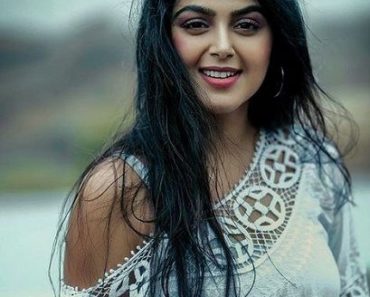 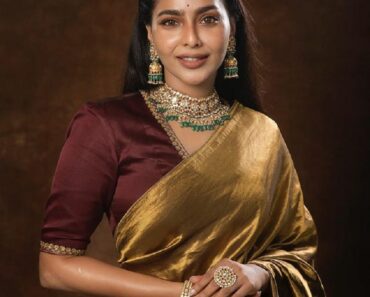 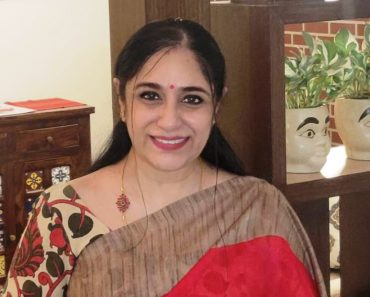 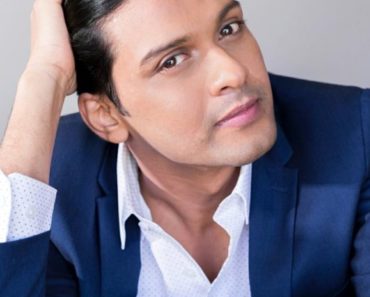