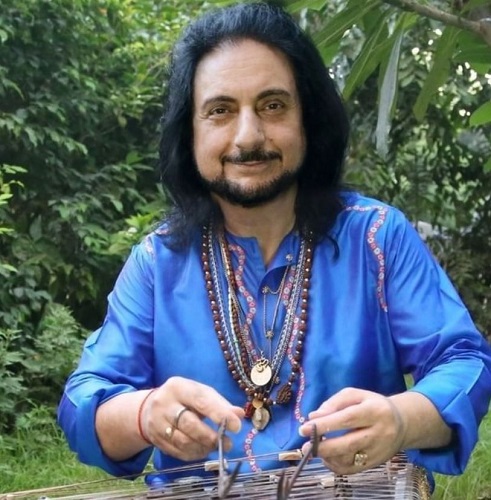 Pandit Bhajan Sopori (1948-2022) was a renowned Indian santoor player, honoured with many national and international awards. On 2 June 2022, he took his last breath in Fortis Hospital, Gurugram, Haryana. He was suffering from colon cancer. 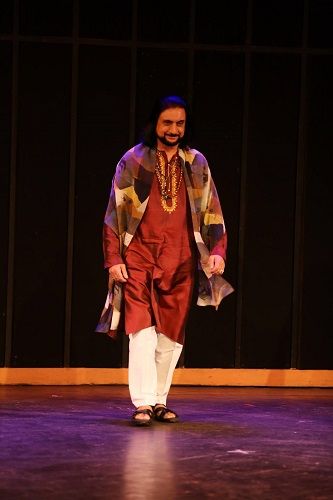 His father, Pandit Shamboo Nath Sopori, was a santoor player. 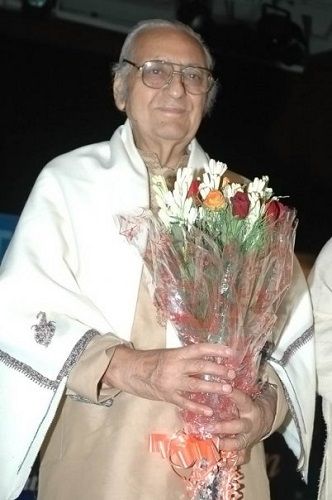 He was married to the Indian professor Aparna Sopori. The couple has two sons named Sorabh Sopori and Abhay Sopori, who is a santoor player too. 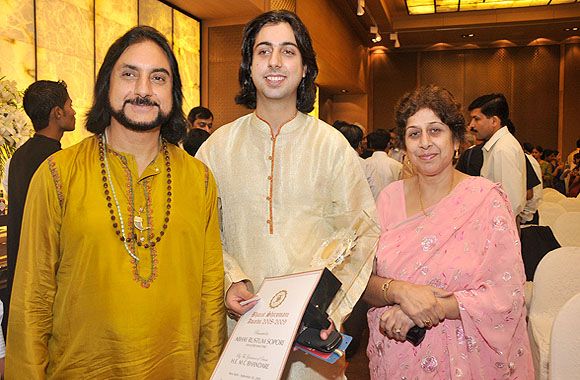 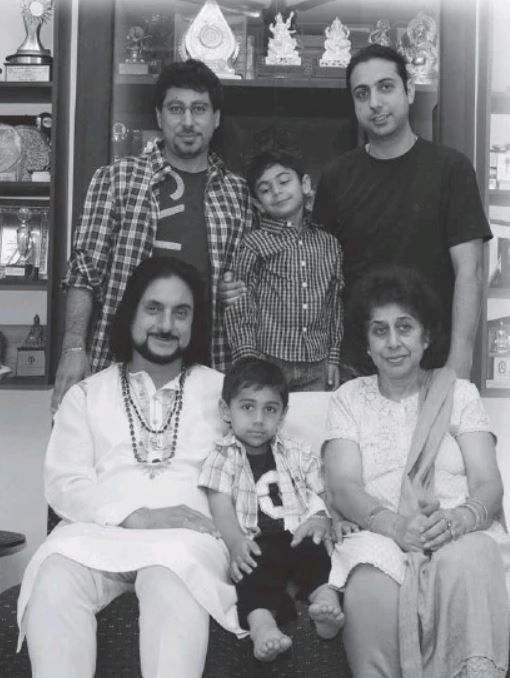 Pandit Bhajan Sopori with his wife, sons, and grandsons

His grandfather, Pandit Samsar Chand Sopori, was a santoor player.

Journey of a Santoor Maestro

Pandit Sopori was the eighth generation santoor player in his family. In childhood, he started his training in playing the santoor under his father and grandfather, who were renowned Indian santoor players. His first performance in a public concert was at the age of 5. When he was 10 years old, he got an opportunity to perform along with his father in Prayag Sangeet Samiti at the University of Allahabad. His performance set a benchmark in the concert which helped santoor in establishing as a solo instrument on various national and international platforms. Before this, people were not much aware of santoor. When he grew up, he started working as a music composer and santoor player at All India Radio. From 1990 to 1993, he was transferred to AIR, Delhi, but he then decided to return to Jammu and Kashmir, as music almost vanished from the state. In an interview, while talking about it, he said,

I was with All India Radio when I was transferred to Delhi in 1990. For three years, no music was produced from the Valley. When I decided to go back, there was not even a tabla player to accompany me. They were so scared (of the terrorists).” 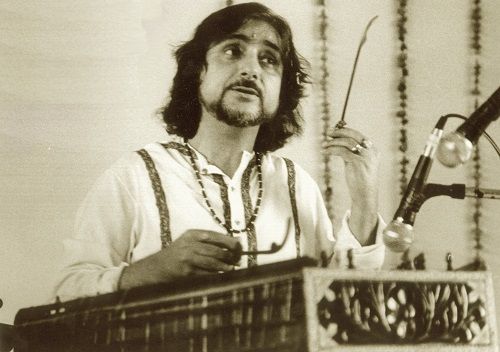 After returning to Jammu and Kashmir, he started focusing on local folk music. He started composing folk music, and he helped in spreading awareness about the importance of folk music. He composed a collection of prayers and Tarana-e-Watan (patriotic songs) along with 8000 school and college students as the choir. The song was sung as a common prayer in Kashmir, Jammu and Kashmir. Later, Pandit Sopori composed ragas like Laleshwari, Patwanti, and Nirmalkauns. He worked as a composer in more than 6000 songs in various languages such as Hindi, Kashmiri, Dogri, Sindhi, Urdu, and Bhojpuri. He composed Hindi patriotic songs like ‘Bharat Bharat Hum Iski Santaan,’ ‘Hum Honge Kaamyaab,’ ‘Vande Maataram,’ and ‘Naman Tujhko Mere Bharat.’ Some of his recomposed Hindi songs are ‘Sarfaroshi Ki Tamanna,’ ‘Vijayee Vishwa Tiranga Pyaara,’ ‘Kadam Kadam Badhaye Jaa,’ and ‘Bharat Ki Beti.’ Apart from songs, he composed music for ghazals of poets like Ghalib, Daag, Momin, Bahadur Shah Zafar, Kabir Das and Meera Bai. To promote Indian classical music in India, he founded a music academy SaMaPa (Sopori Academy for Music and Performing Arts), New Delhi, in 2011. 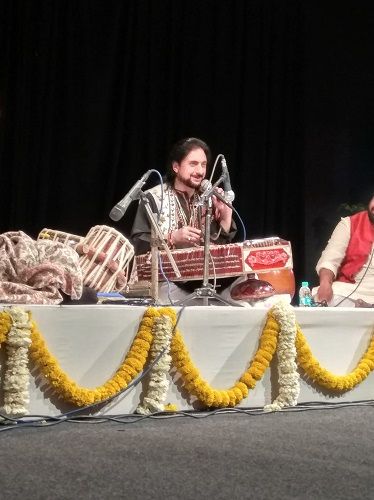 He also organised music classes for the prisoners in Jammu and Kashmir. Under his academy, he started a music award SaMaPa Vitasta Award in which a cash prize of Rs 50,000 was given to the winner. Pandit Bhajan composed music for the tableaus for the Indian Republic Day Parades. In 2010, he won the first prize for Sangeet Natak Akademi Tableau in the republic day parade.

Note: He has many more accolades to his name.

On 2 June 2022, he died of a prolonged illness caused by colon cancer. He was under the treatment at the Fortis Hospital, Gurugram, Haryana, where he took his last breath. [4]Business Today On his demise, his son said,

He was diagnosed with colon cancer last year in June. We admitted him to Fortis, Gurugram, three weeks back for immunotherapy treatment. It didn’t work for him and his health deteriorated.”

His last rites were performed at the Lodhi Road crematorium, Delhi. The former Chief Minister of Jammu and Kashmir Omar Abdullah took to Twitter to share his grief, he said,

Very sorry to hear about the tragic demise of Padma Shri Pandit Bhajan Sopori sahib.A great son of the soil, he was a colossus in the world of classical Indian music who made the santoor his own. May his soul rest in peace. My condolences to @abhaysopori  and the rest of his family.” 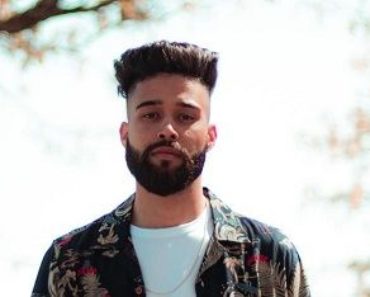 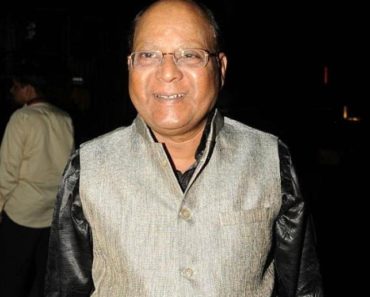 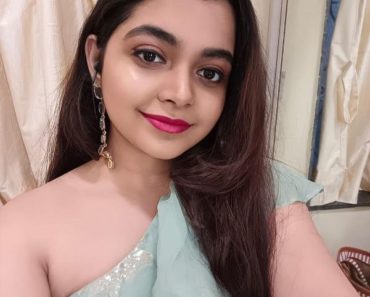 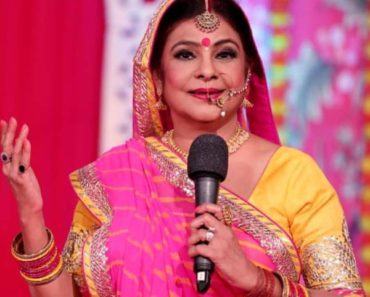 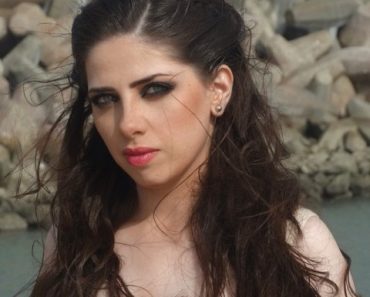 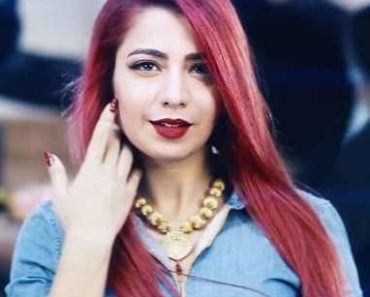 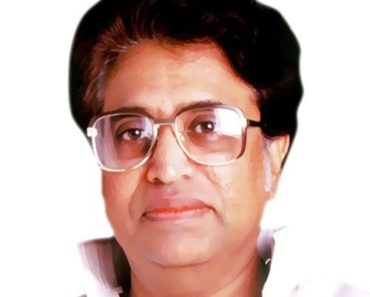 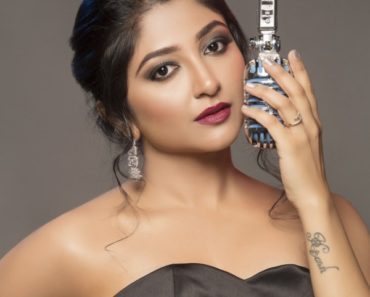 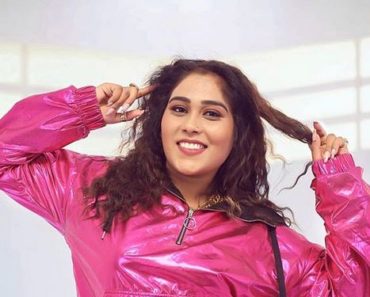 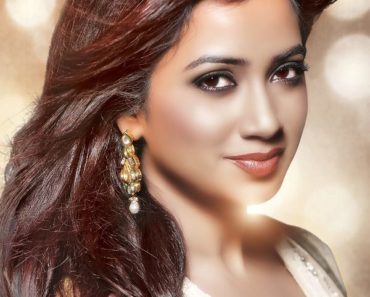